2016 and 2017 was the start of a dark red- and cerise tone theme on the dahlias at my place. A theme I am pretty sure will get to stay. A few varieties where new for me and some I tried the year before. Together they created a nice mix of dark warm red, cooler red with elements of cerise and a dahlia completely cerise at the end of the scale. The important thing was to make the dark red nuance set the tone, the others are to support it. And that is how it became. Dahlias become dearer to me with each passing year. For a person who loves flowers they are hard to be without.

I only have one specimen of this one, as a test. I had not even heard of it before. It made me happy. A little bit fairer and slightly warmer dark red than any of the other ones I have. A good combo for them. It belongs to the decorative group, which is a group from which I have found many favourites. 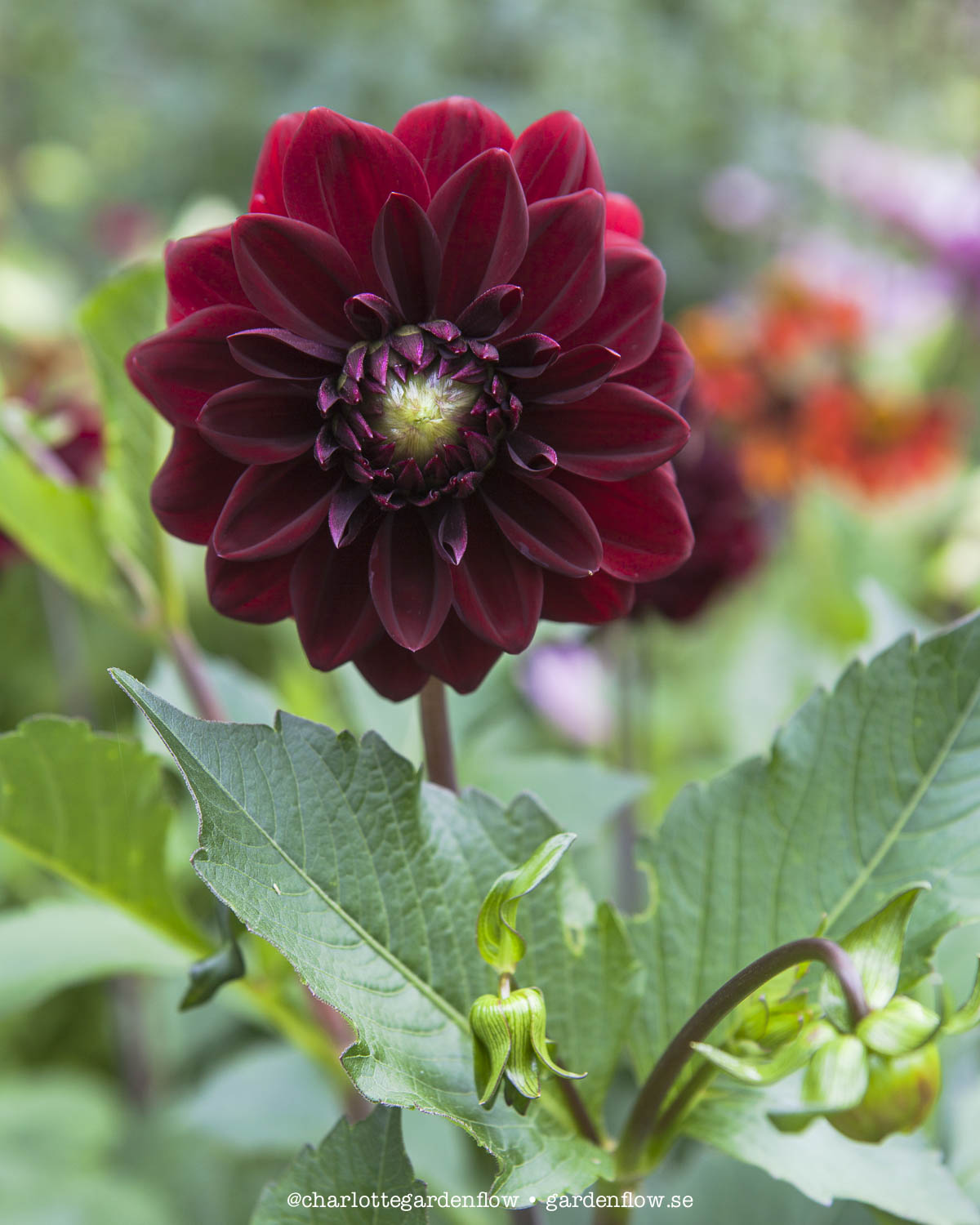 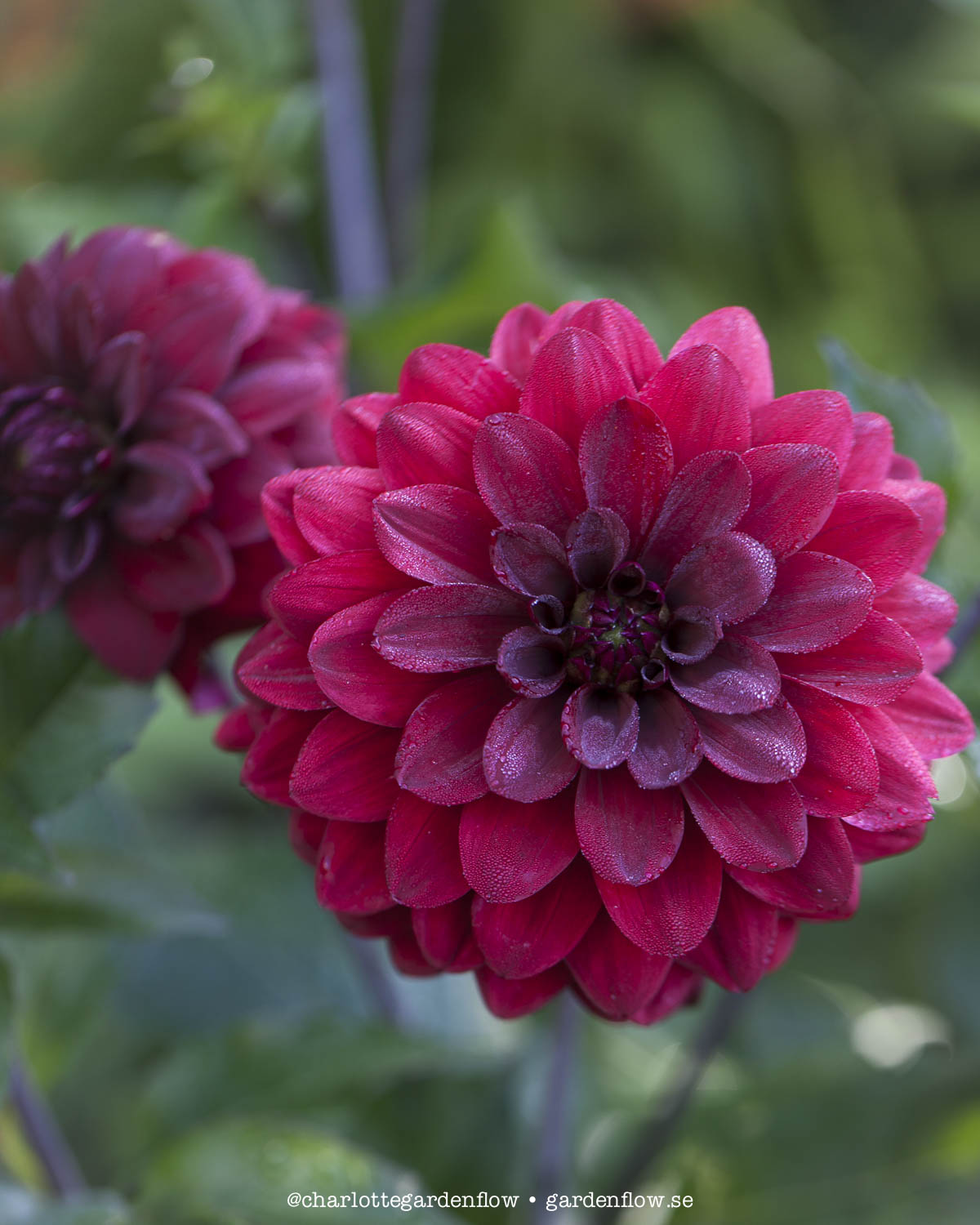 I was so excited to see this one bloom. It is a cross between dahlia and chocolate flower that was originally named ‘Mexican Black’. From what I have been able to find it was changed to ‘Mexican Star’ because the colour was not dark enough. It smells just like a chocolate flower, a bit weak but still. In the forcing stage these tubers where the ones to get started the fastest and strongest. The flowers are pretty small in relation to the extensive foliage. 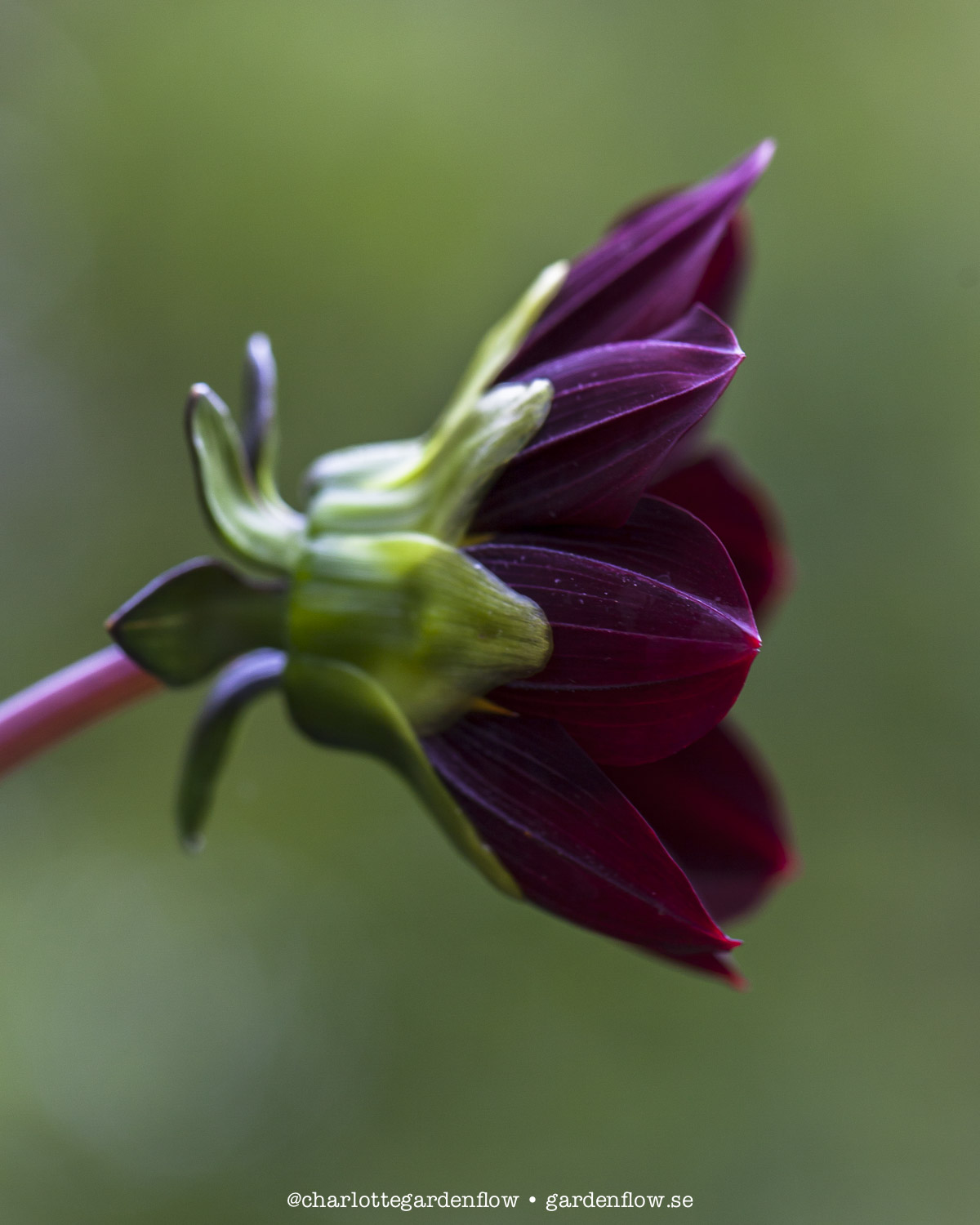 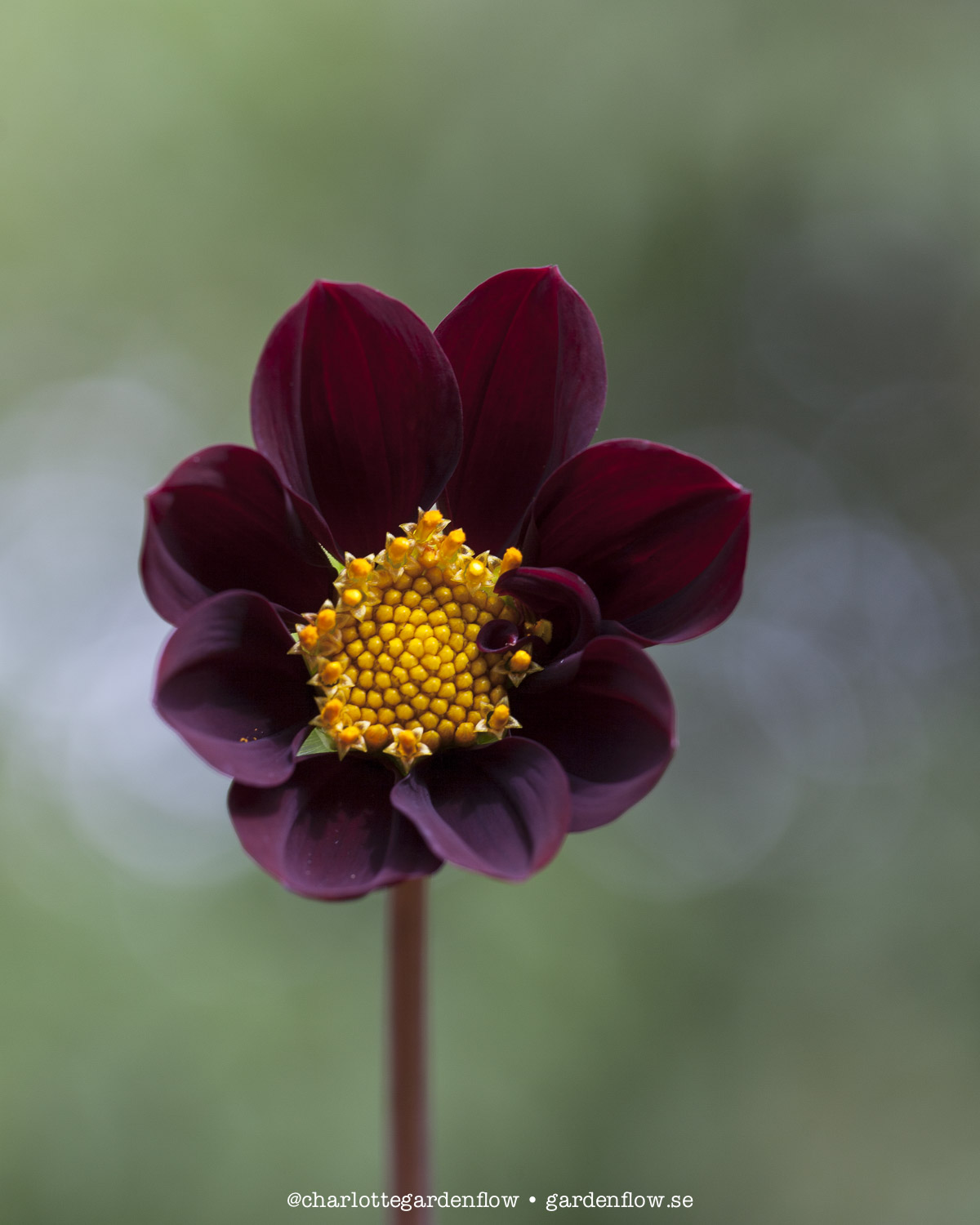 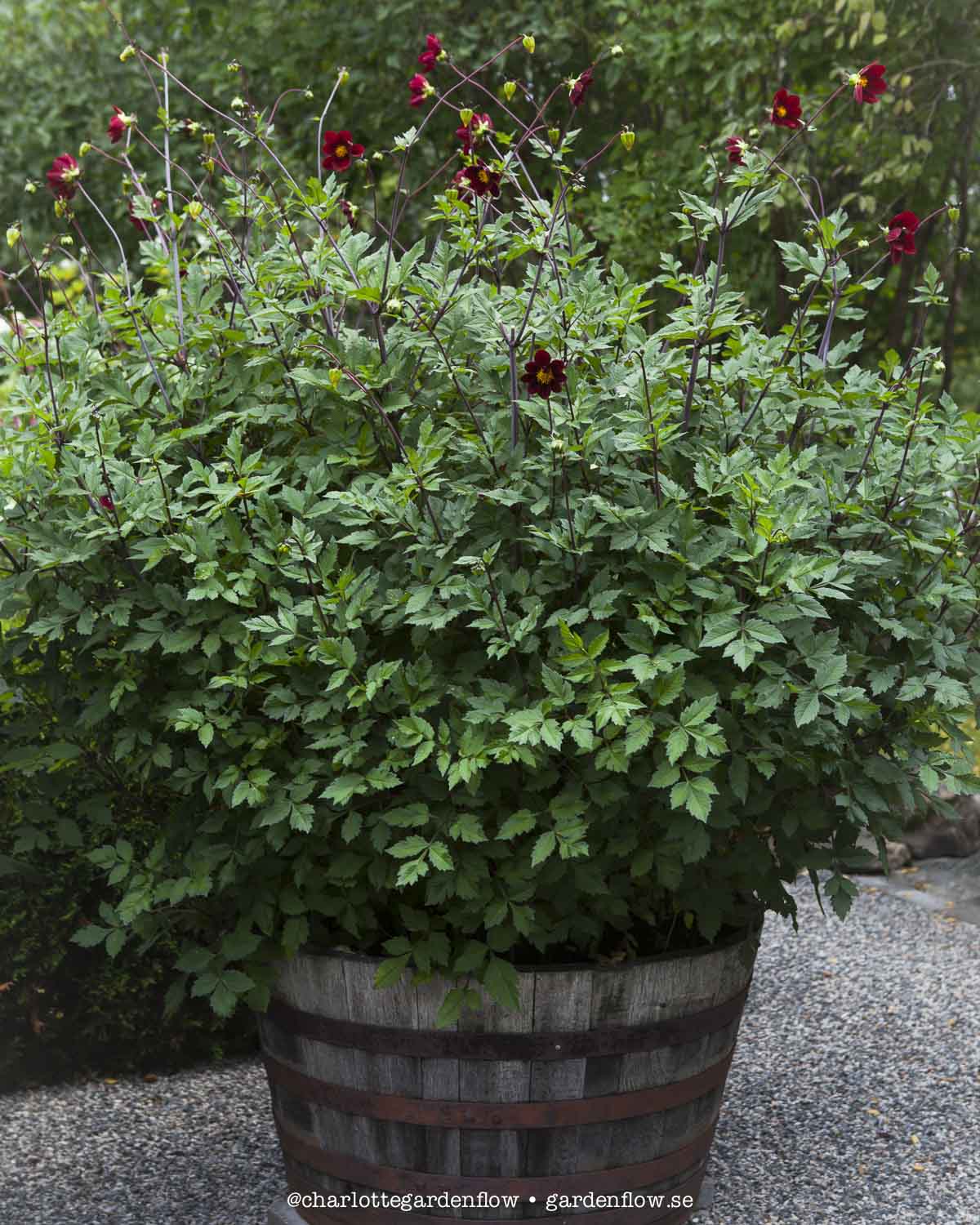 All these honka dahlias are special with their thin petals, placed like beams of light. A new tuber for me last year and it got started very weakly and bloomed late. Will probably be stronger this year. 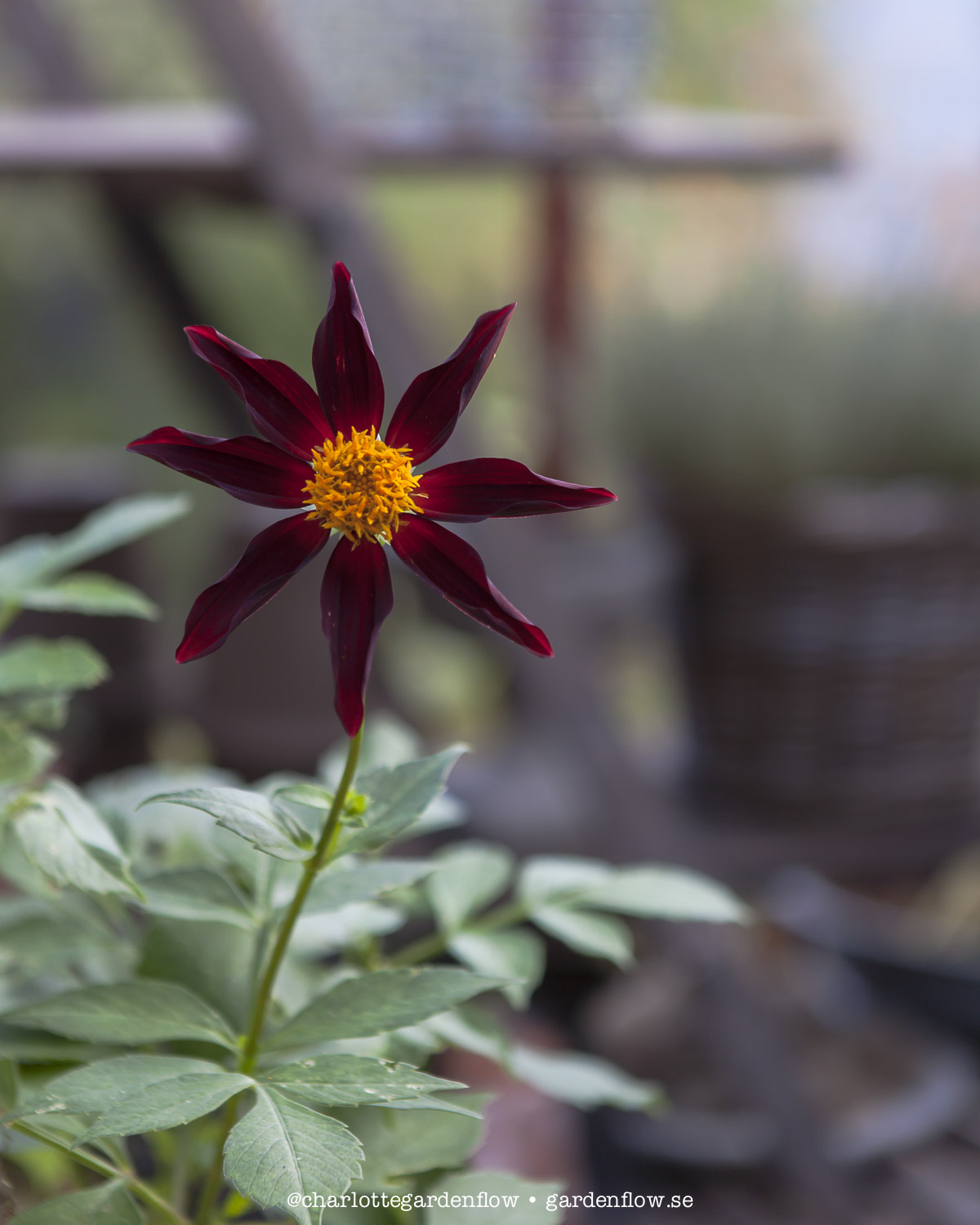 ‘Karma Choc’ has been on my wish list for a while and finally it was time for me to experience it myself. All karma dahlias are cultivated for the cut flowers industry and should have extra long stems and flowers that last longer in a vase than other dahlias. Also for the dark foliage. I like this one a lot. Some of the tubers gave flowers with an irregular streak in the flowers or the flowers had a fairer nuance at the edge. Exciting to see all that even though it was the proper dark ones I wanted of course. I had a lot of tubers so there where enough of the ones of the right colour anyway. 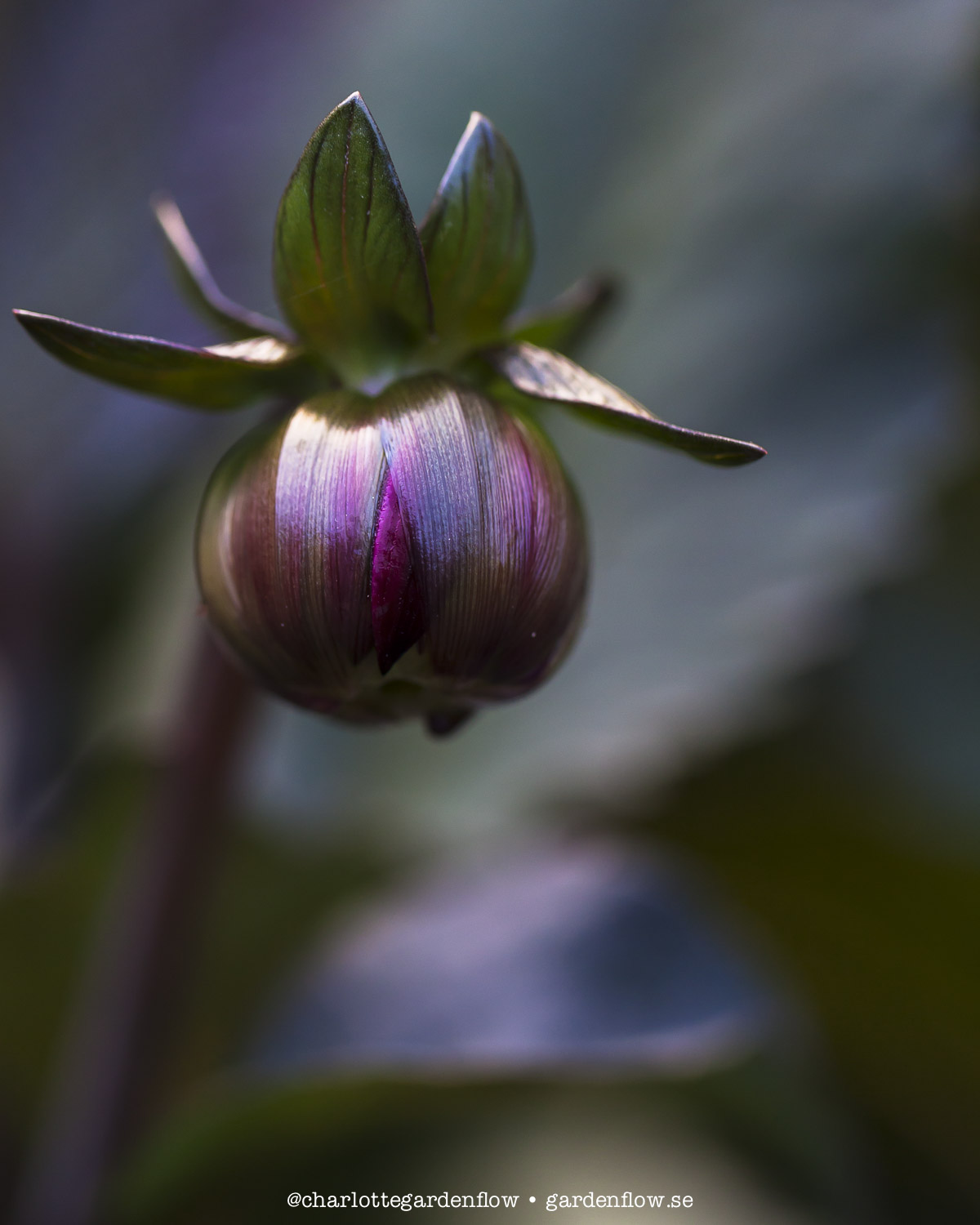 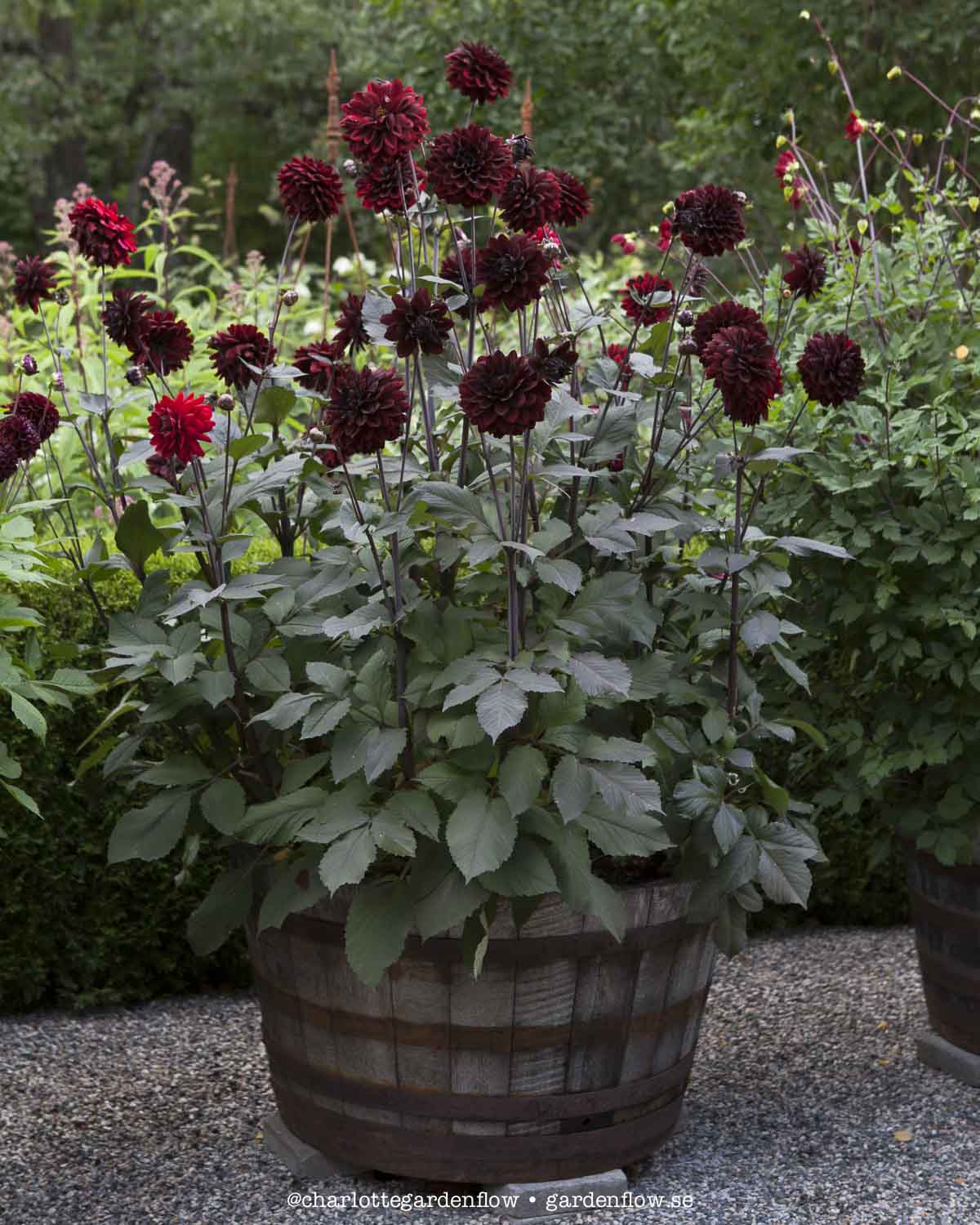 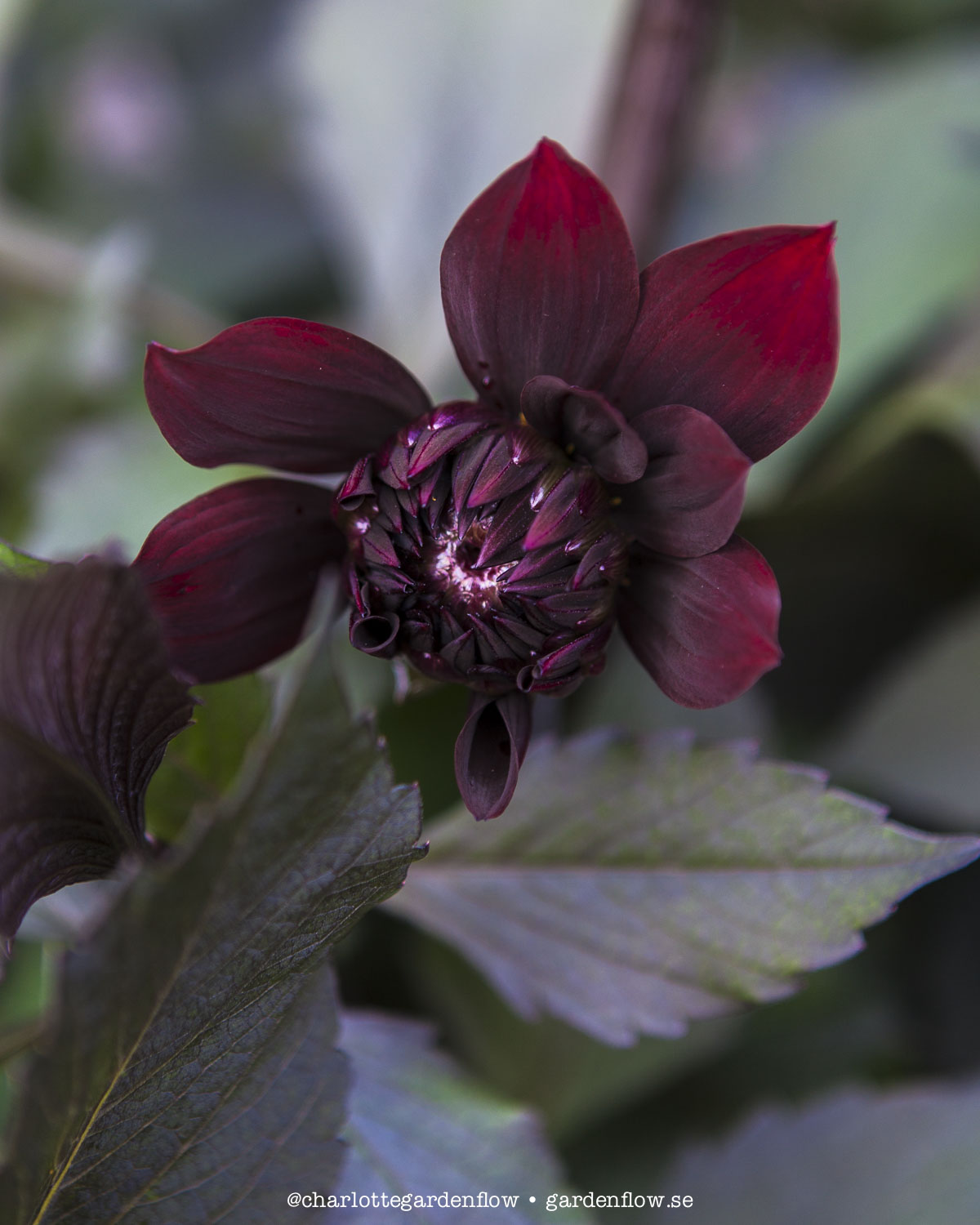 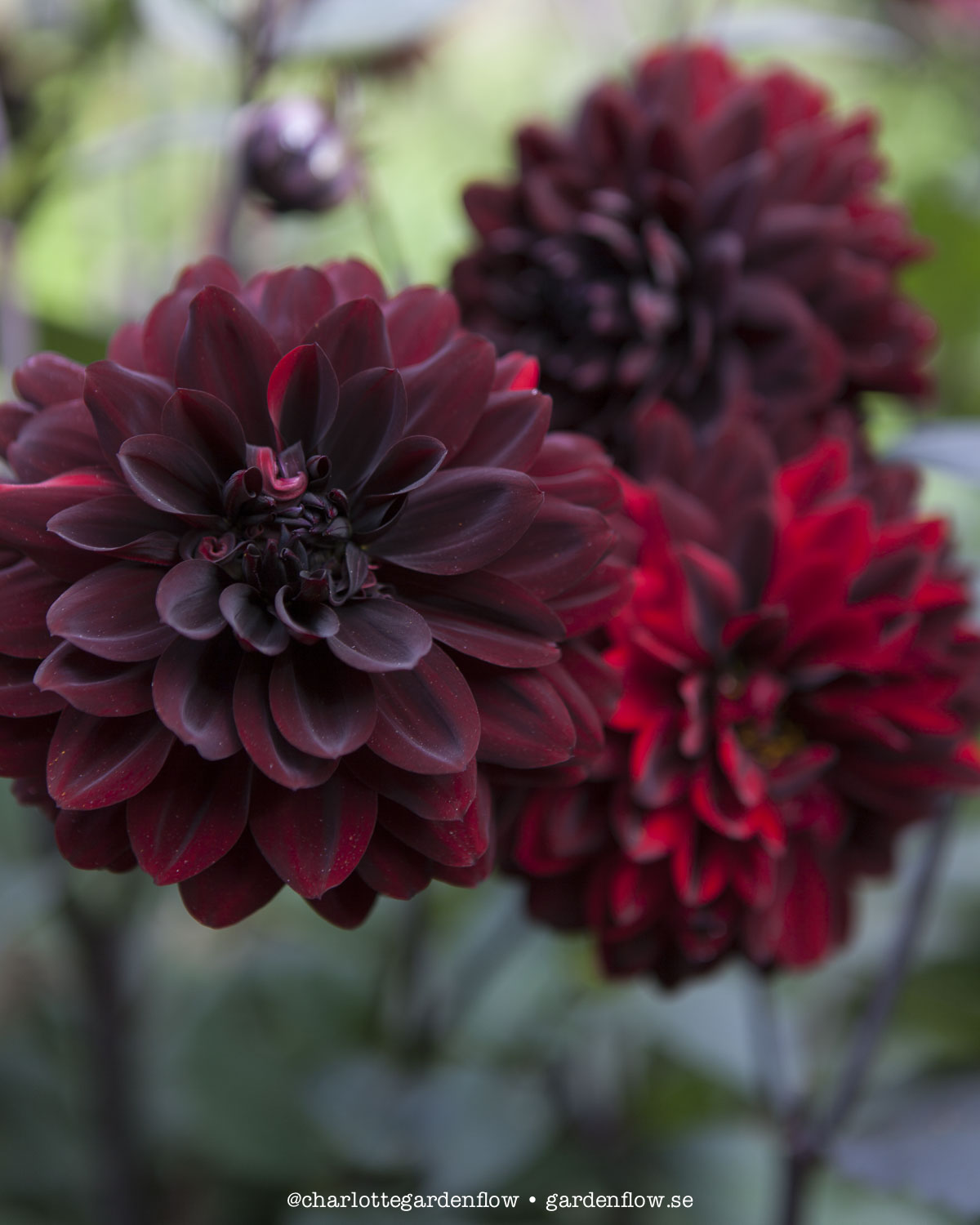 I liked this one. Similar color as ‘Black Spirit’. This year I will try more from the Jowey family 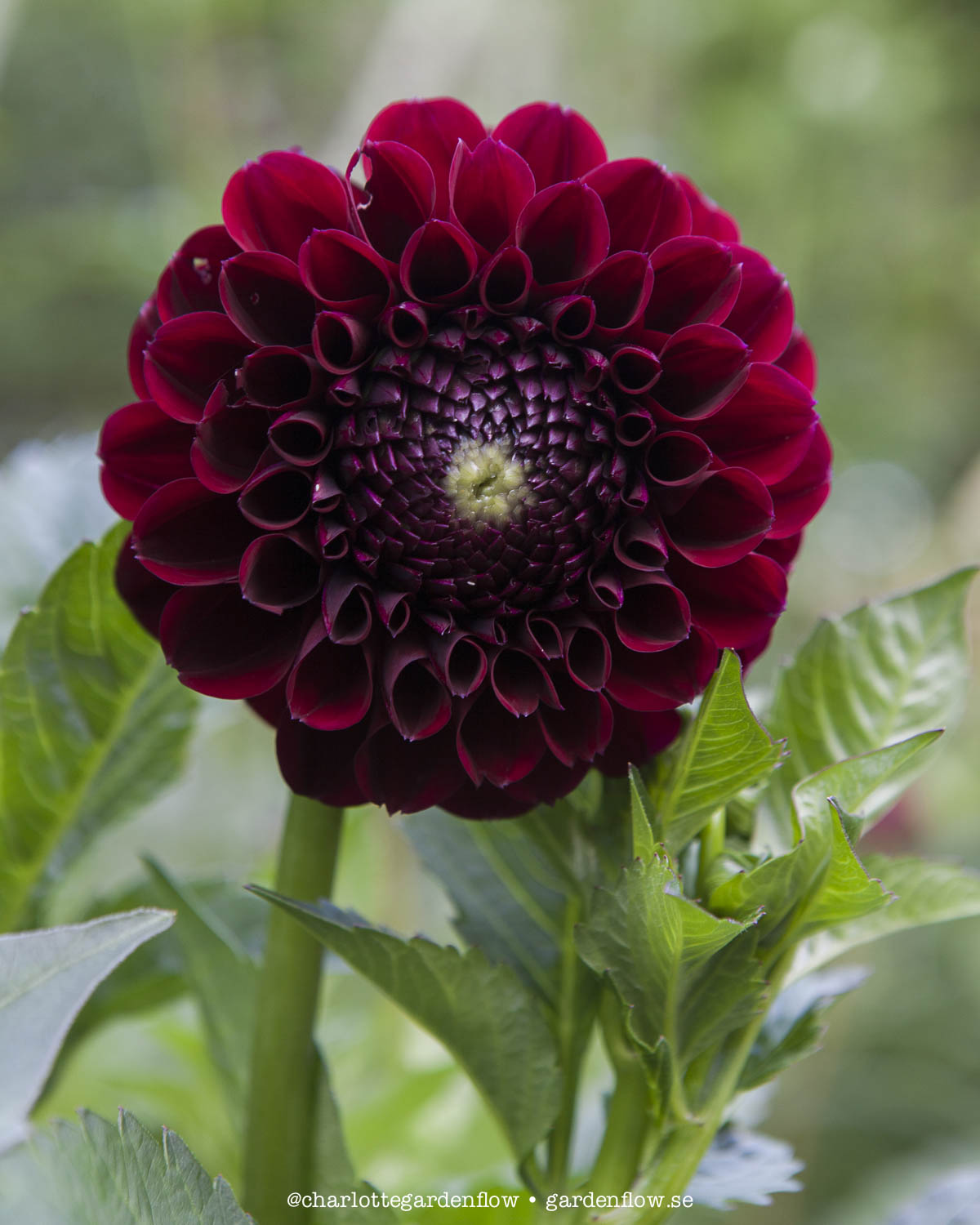 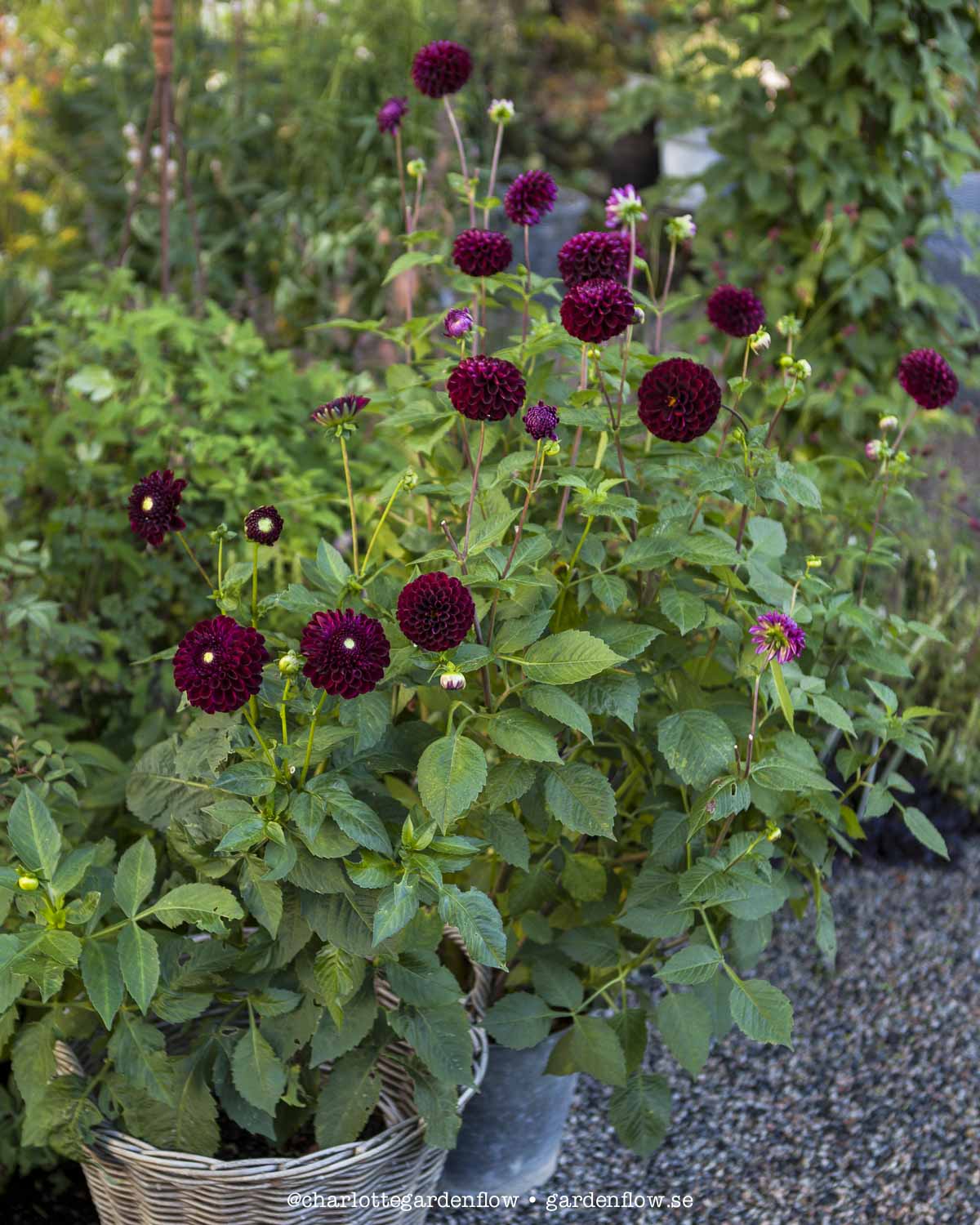 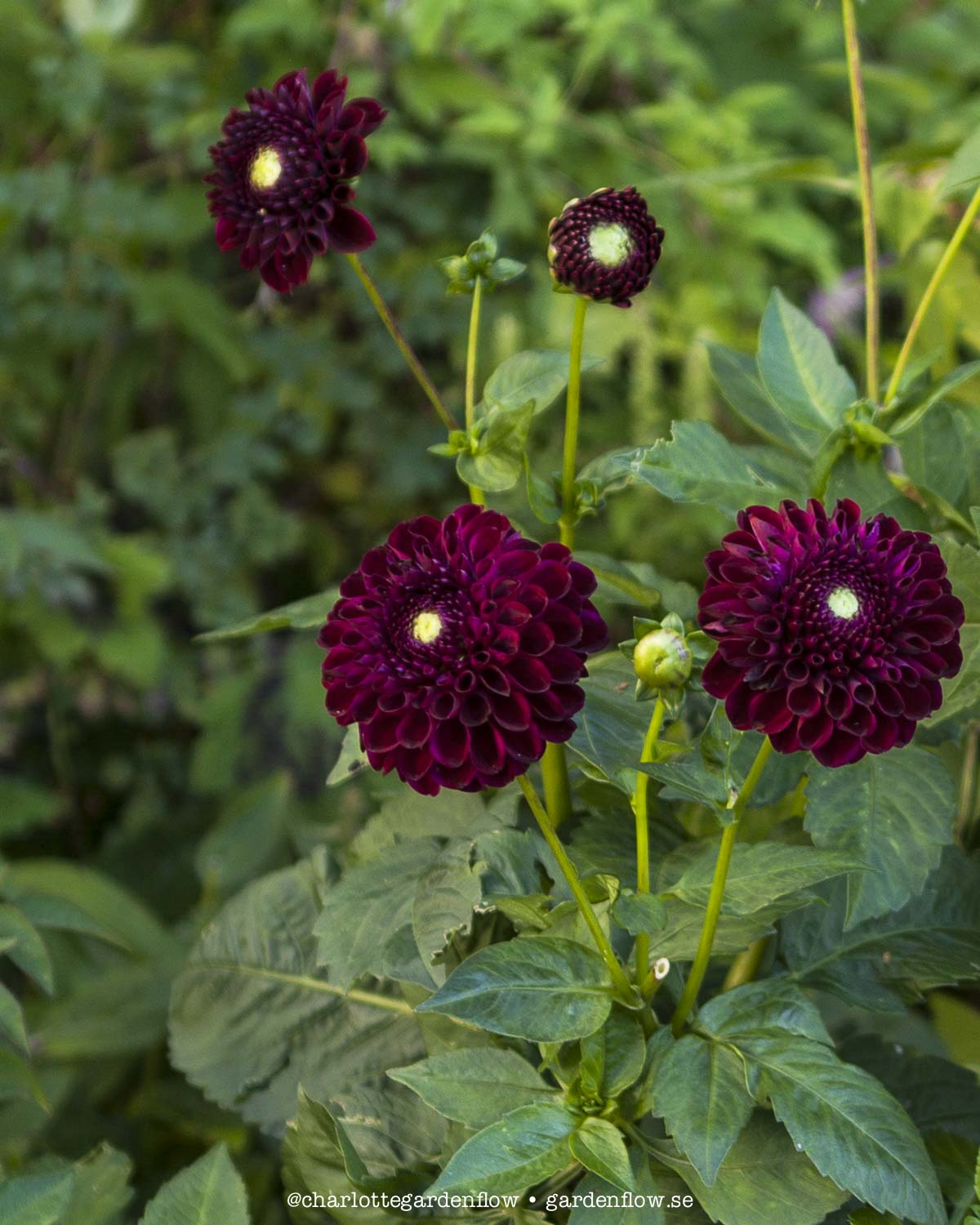 My absolute favourite right now. It was new for me in 2016 and I fell head over heels for it. The colour is amazing if you like dark red. It is not warm red but moves more towards cold red. In the blooming stage the colour lightens slightly. Which is lovely too. It even withers beautifully. Actually most darker dahlias do, those that do not have bushy flowers, for example the ball shaped ones. 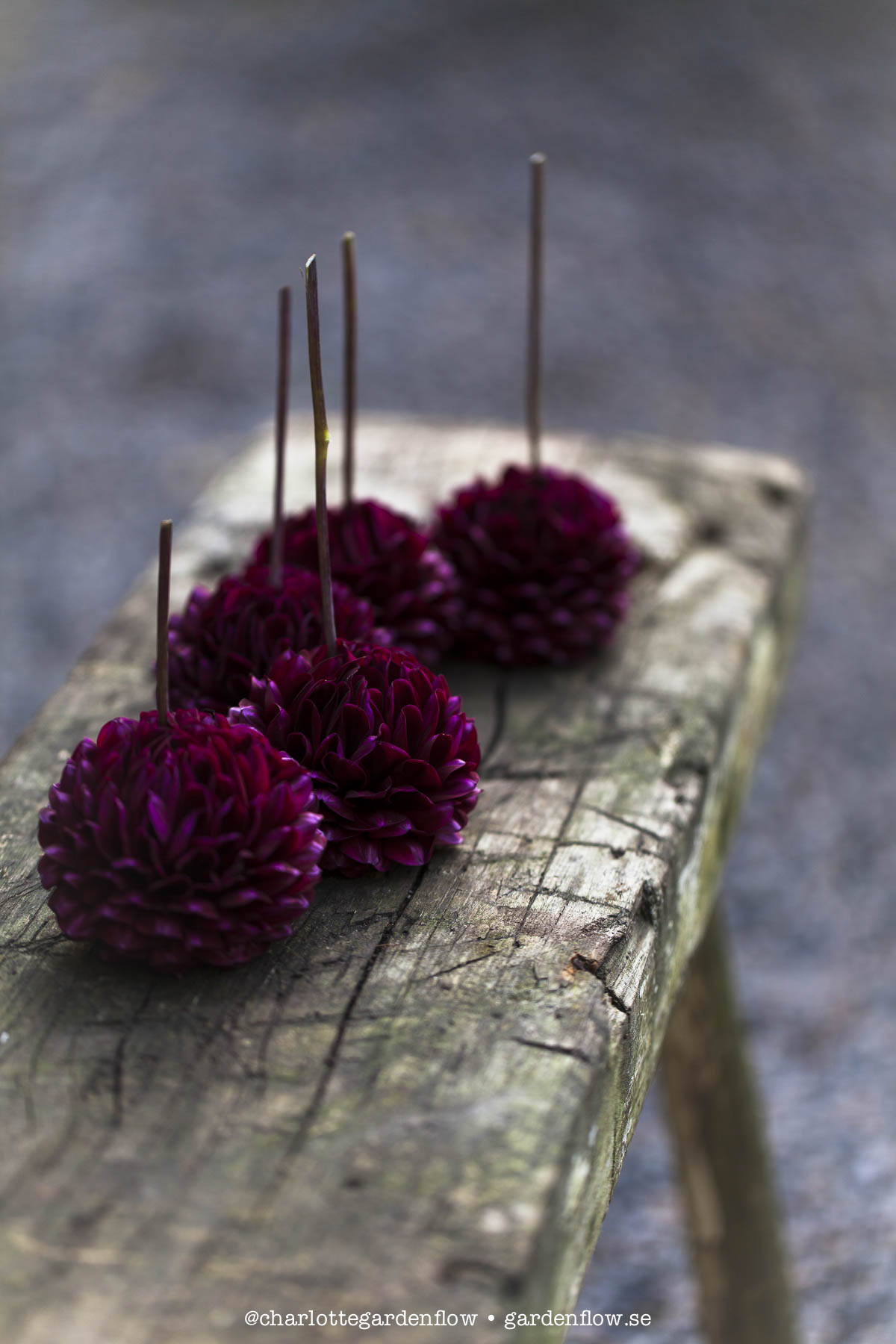 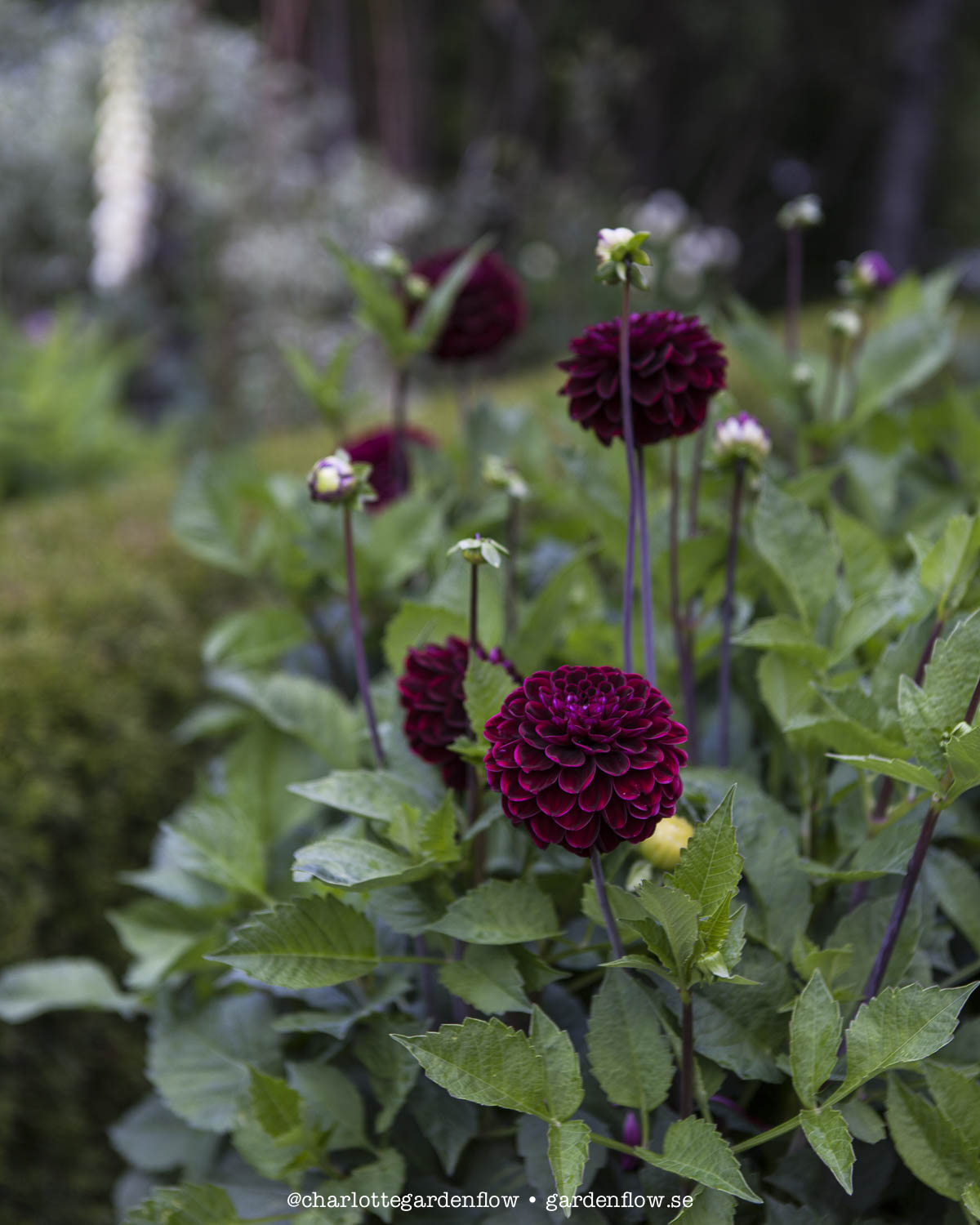 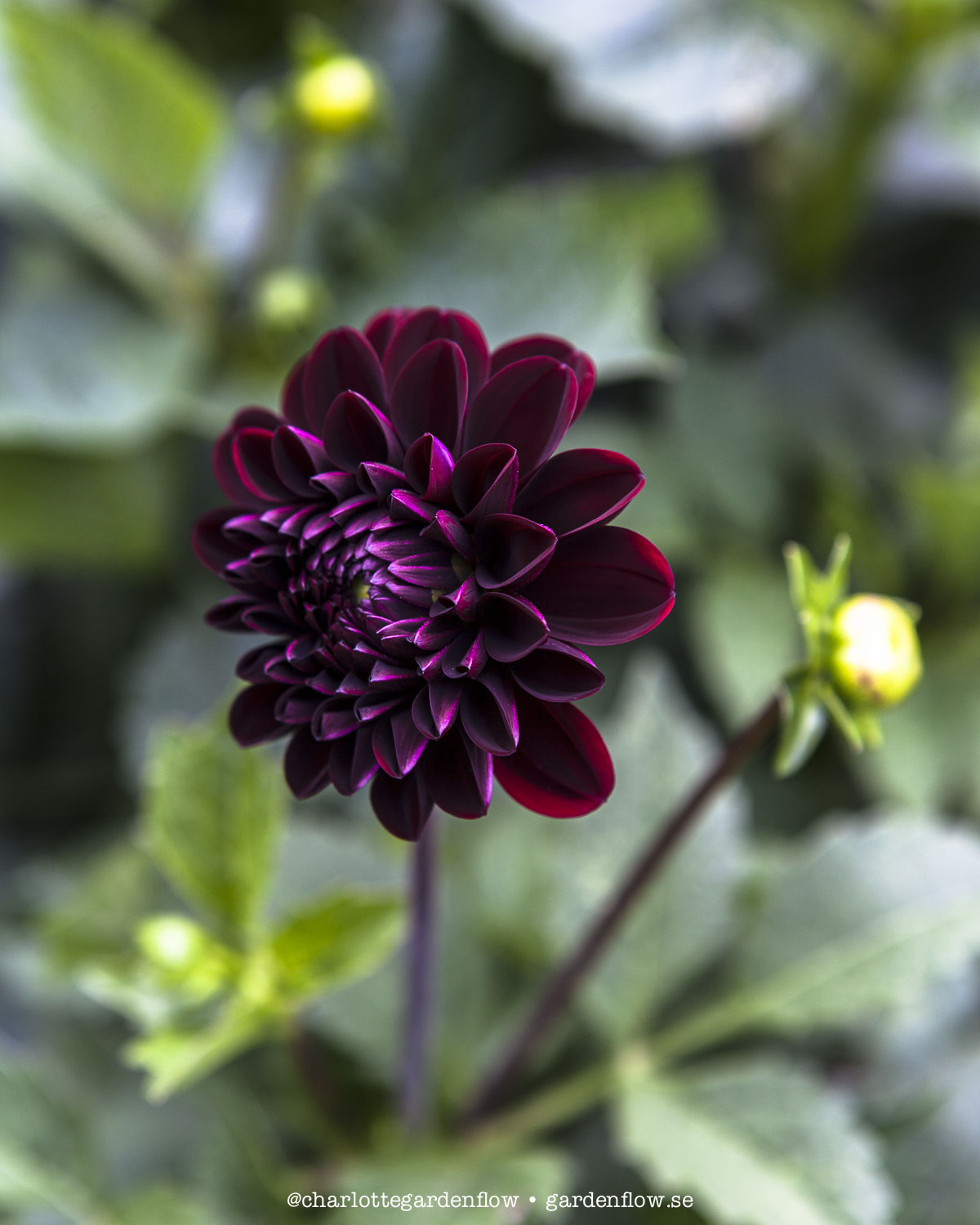 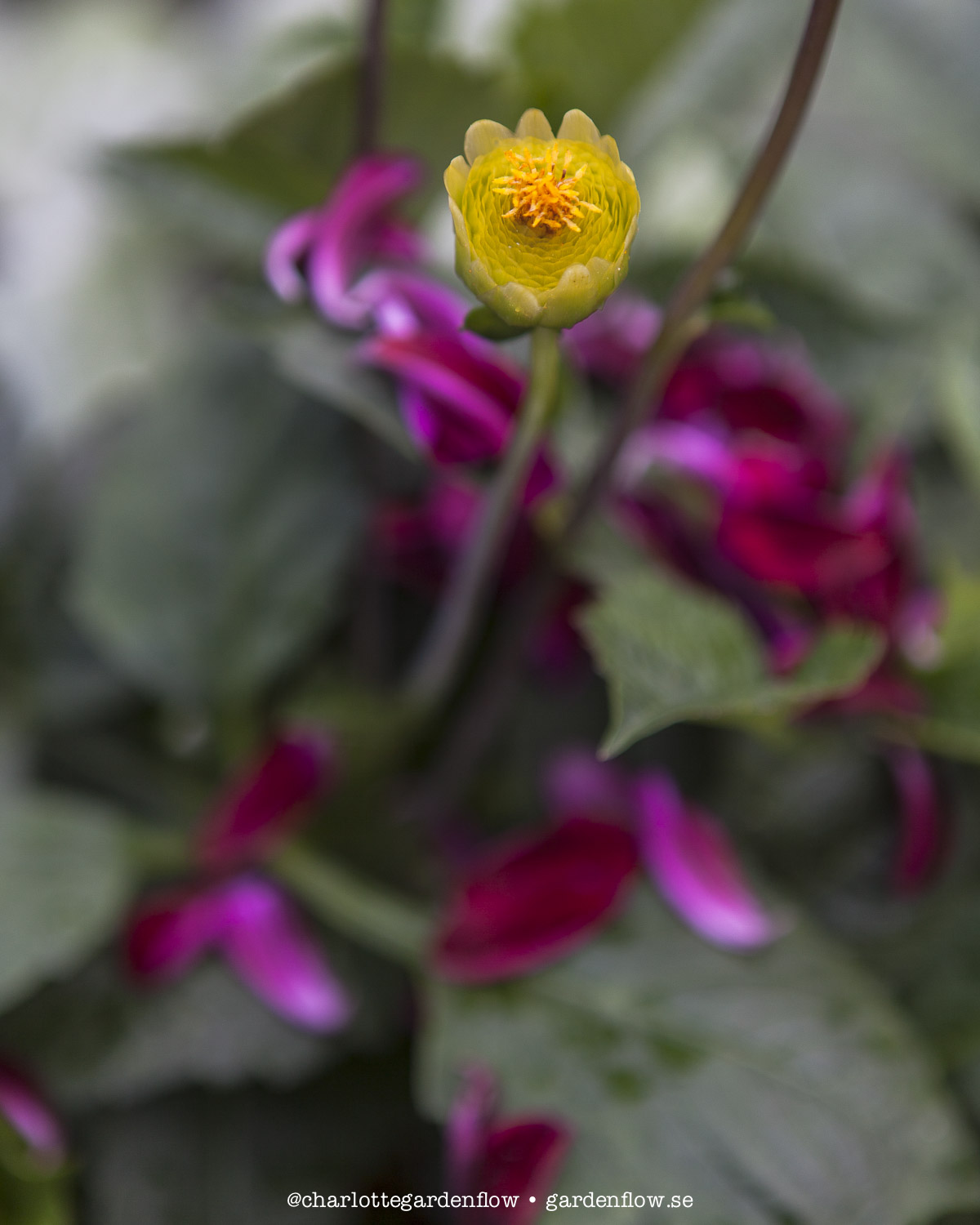 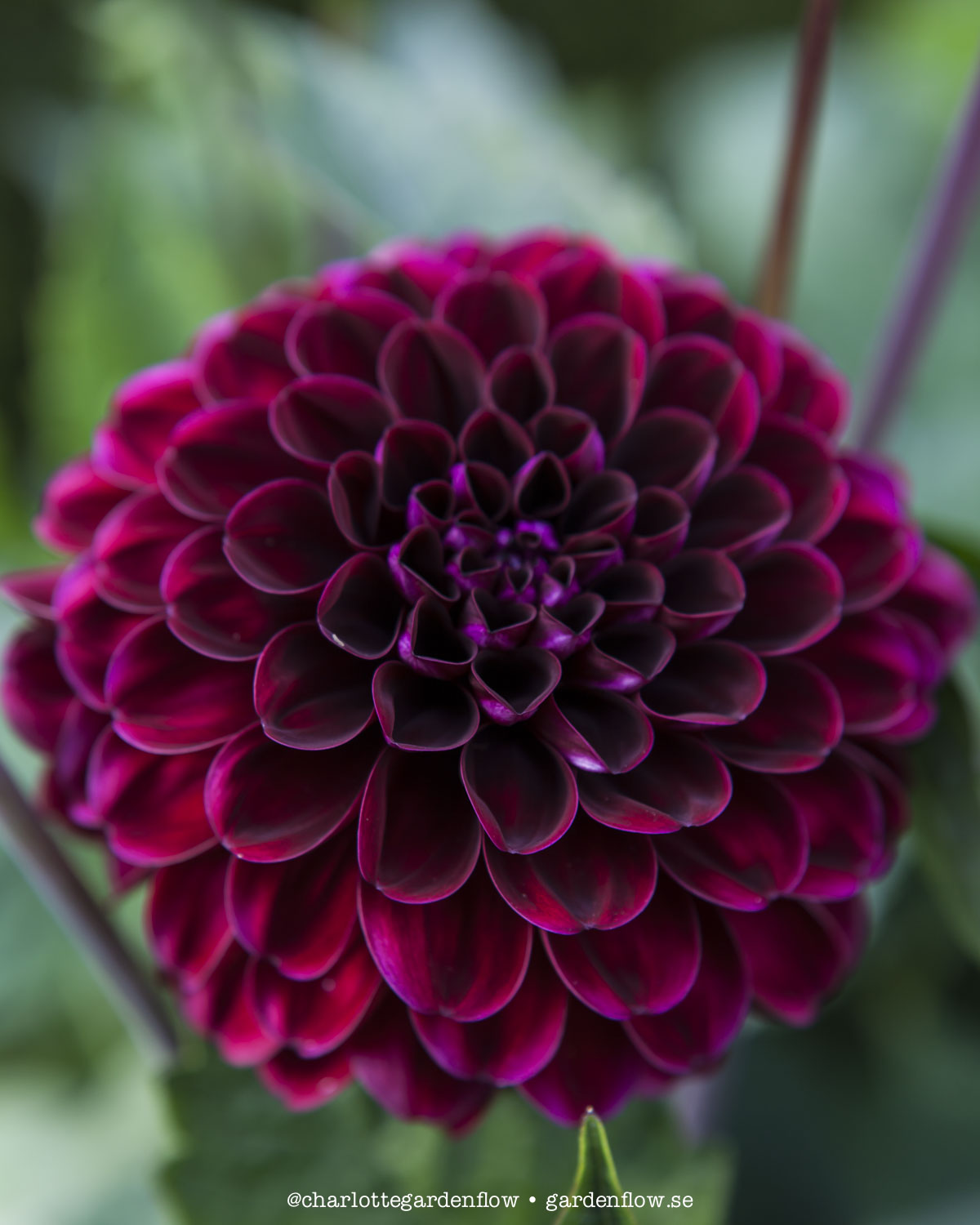 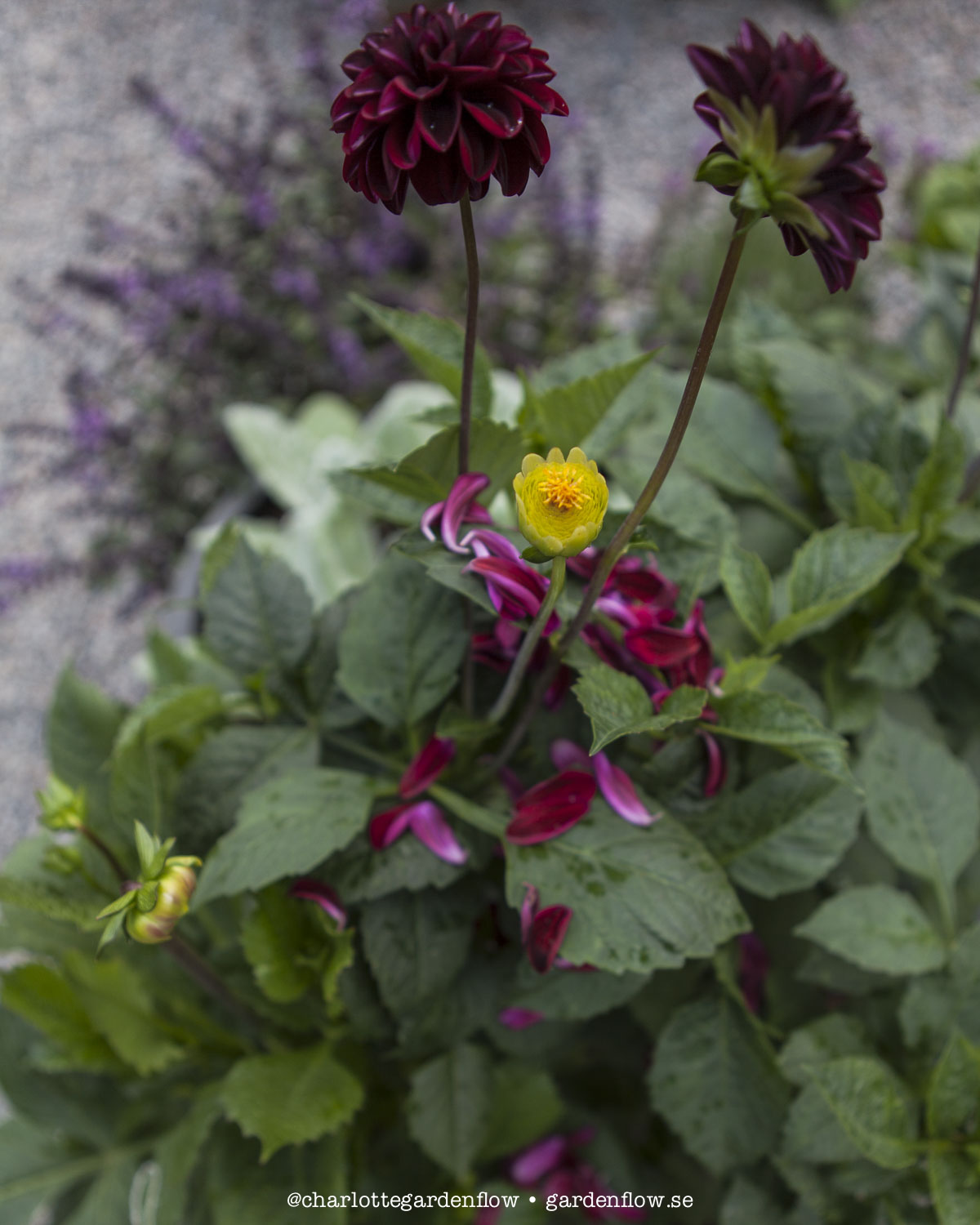 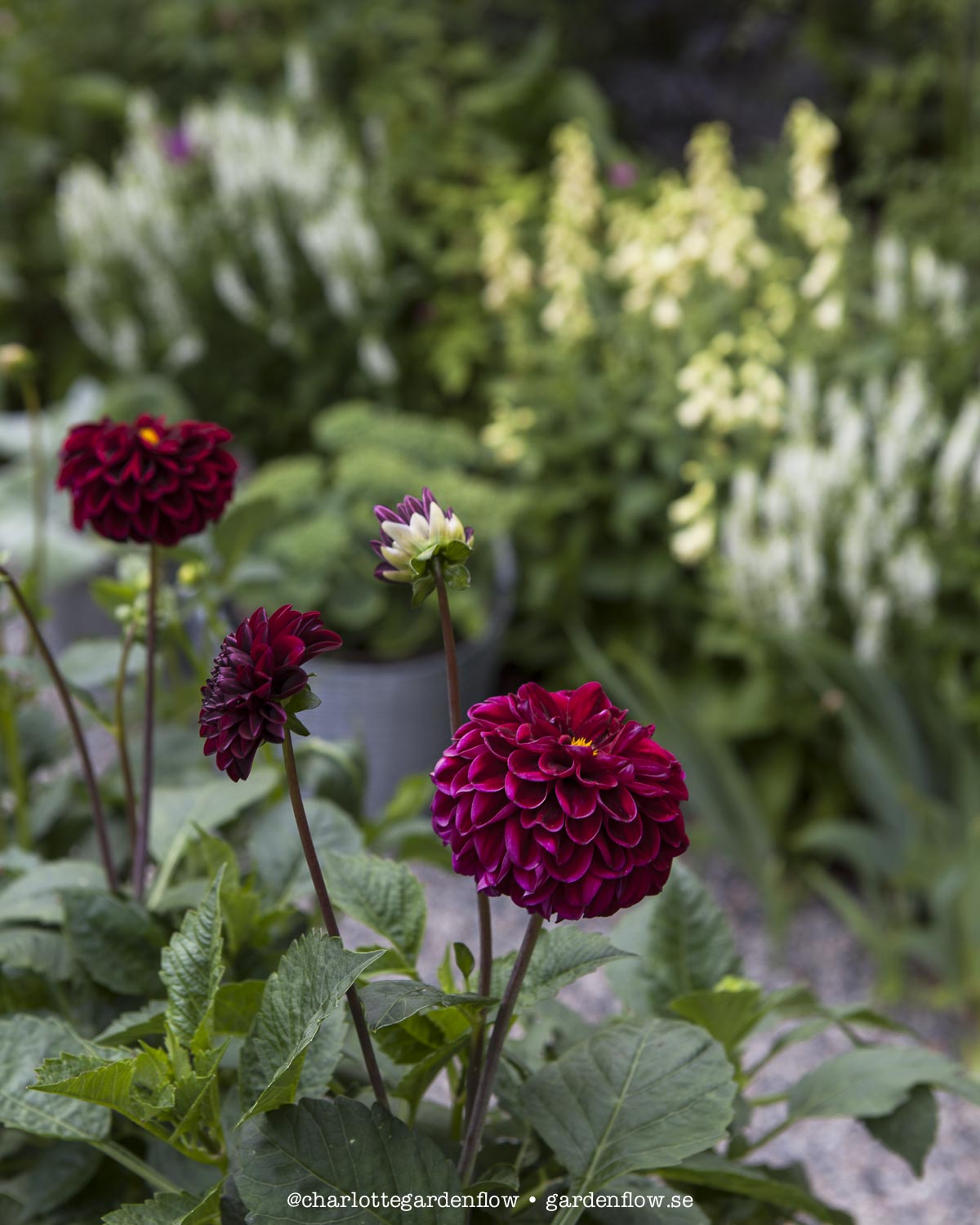 Fairer than ‘Black Spirit’ and colder in colour, some inclination towards cerise in certain positions, but still not. Perfect combination to ‘Black Spirit’, as you can see on the image, bottom right. 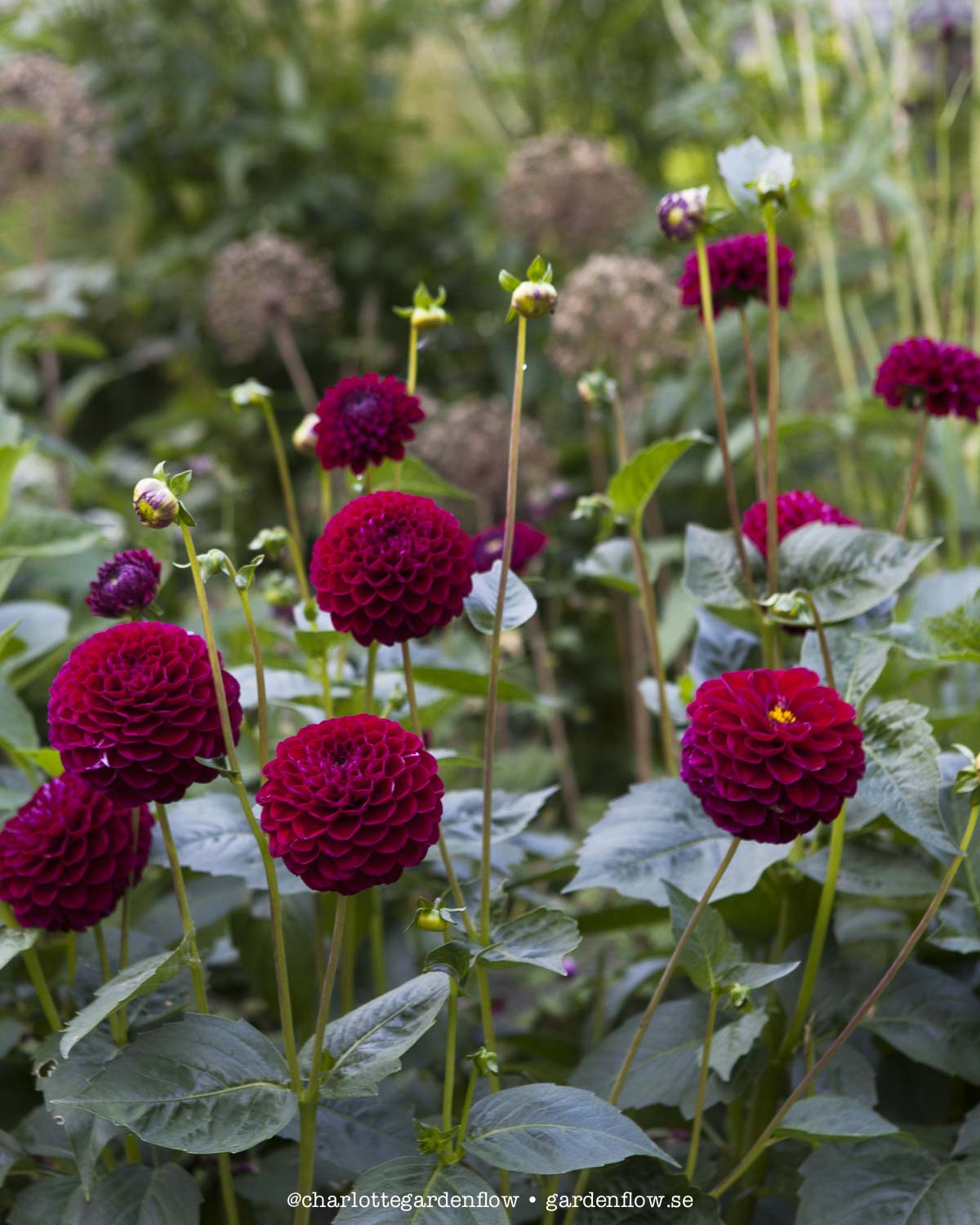 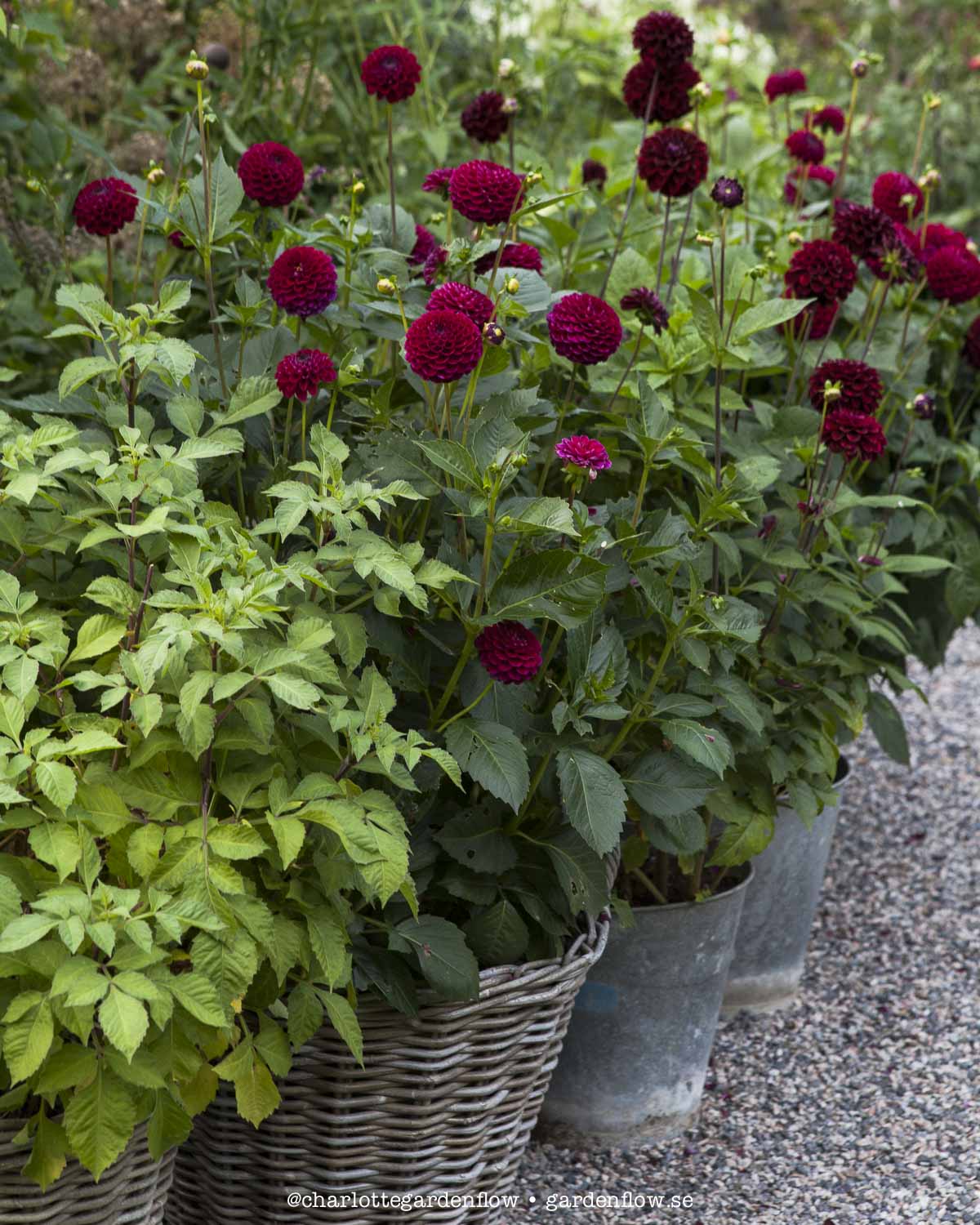 Was an impulse buy at the Nordiska trädgårdar last year when my quota of dahlias was already exceeded. Times two… I could not resist. An organic cultivated dahlia in a pretty two toned red-cerise colour. Moderately bushy in a flower that did not become too big. I have looked online but unfortunately can’t find anyone selling it and I can’t remember what company I bought it from. 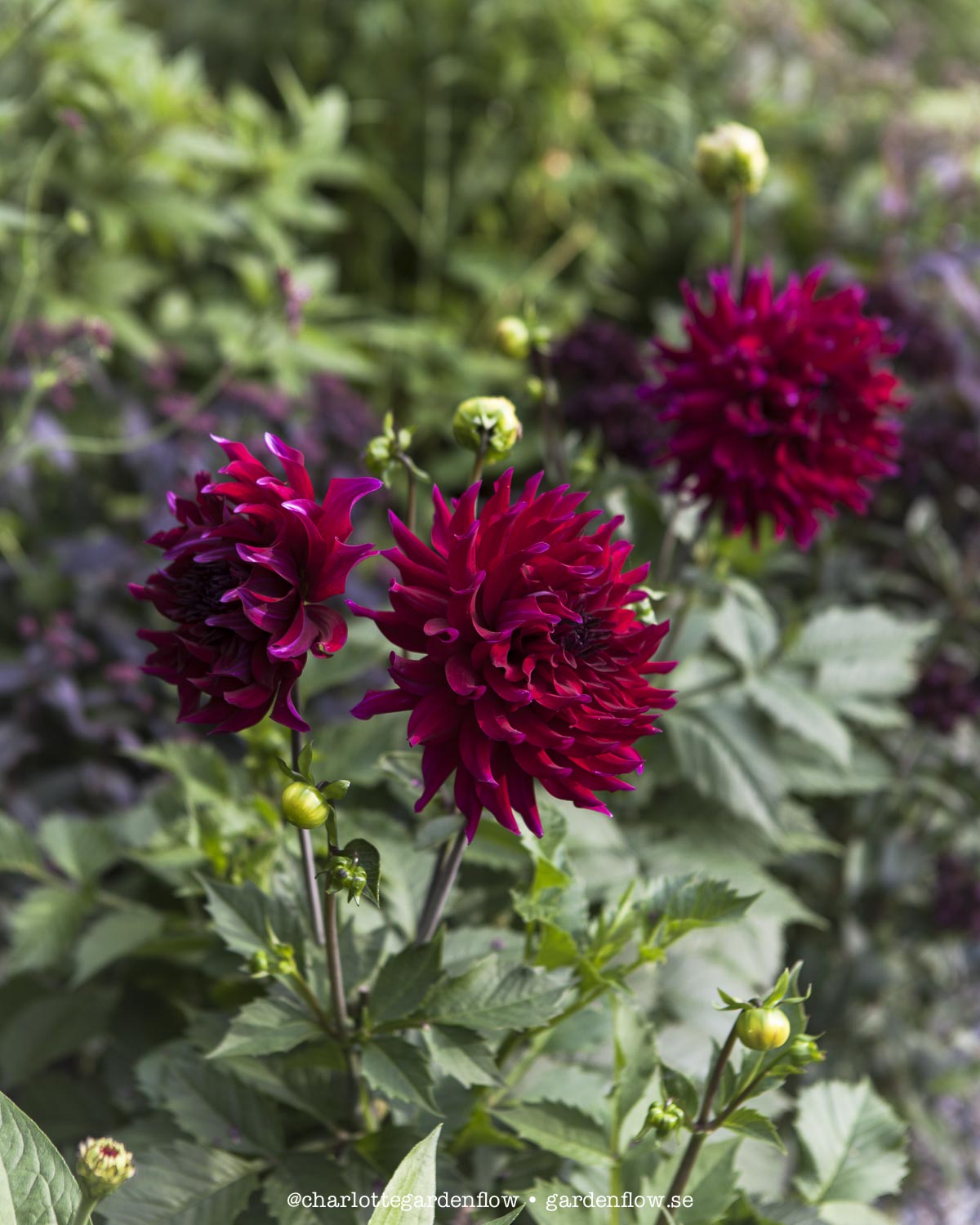 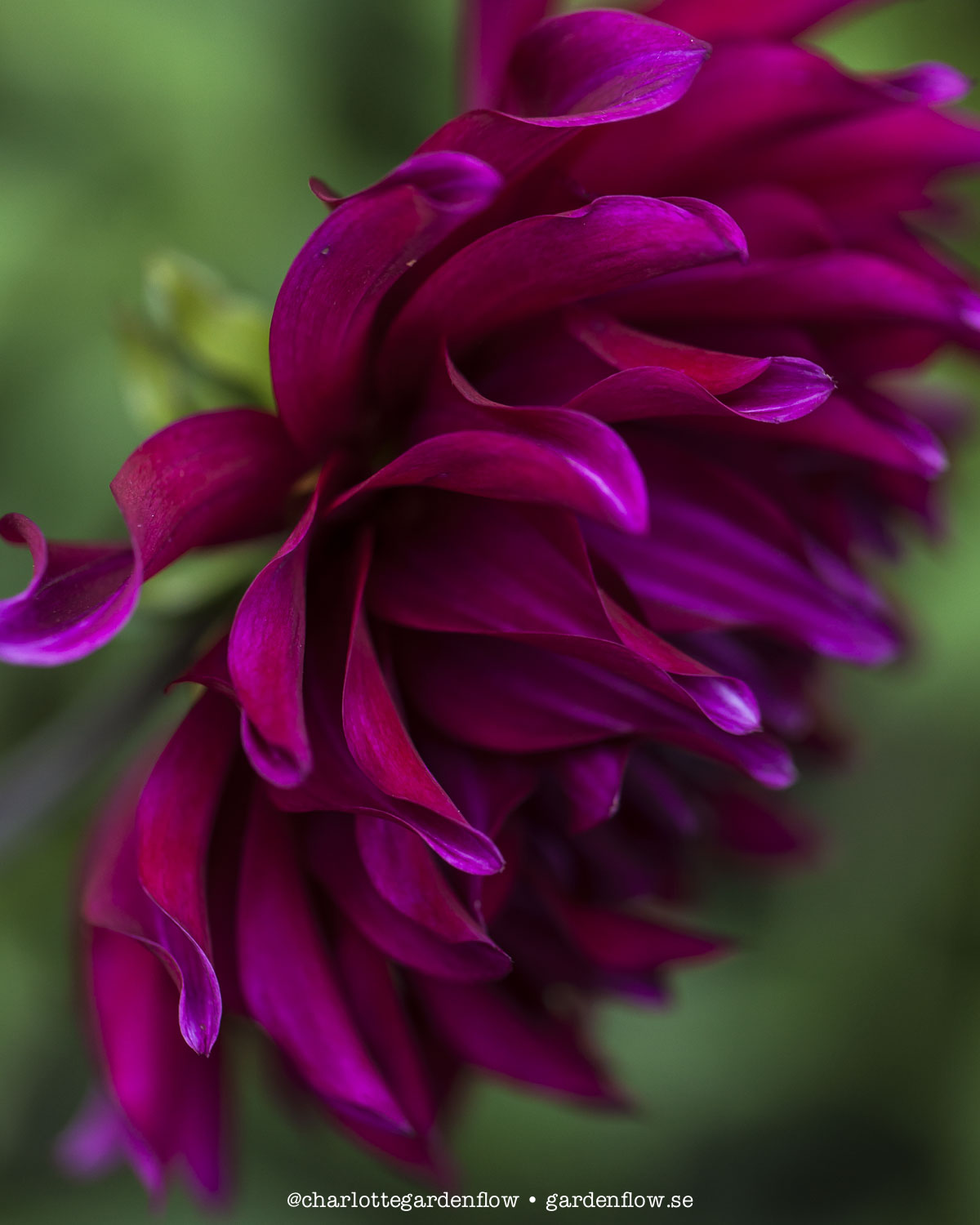 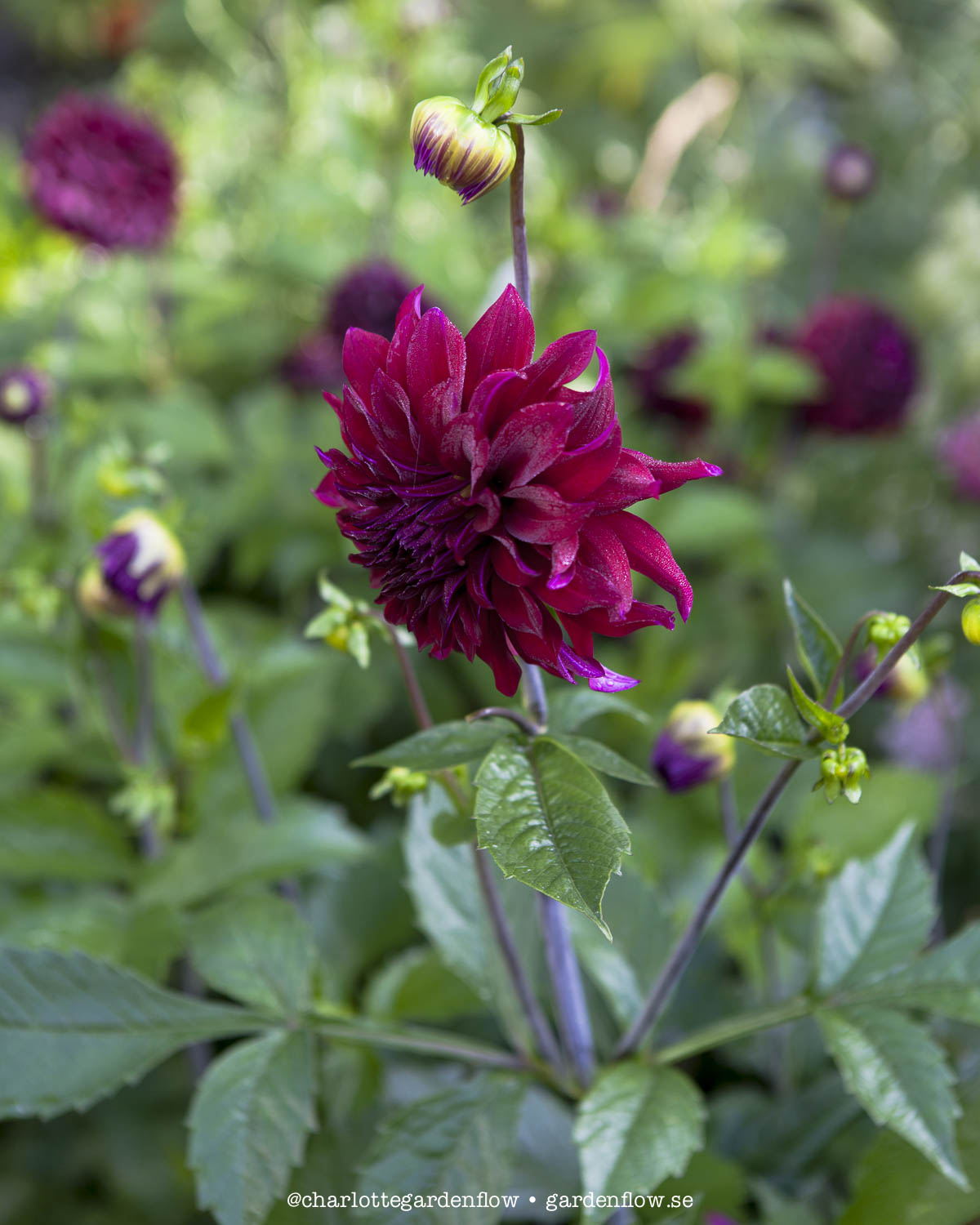 I have had ‘Rocco’ for a few years. A truly sweet little pompom dahlia with clear cerise coloured flowers and fair foliage. Really too much cerise for my dahlia theme but actually worked really well. With two baskets of this one in an ocean of baskets and barrels with redder dahlias worked excellently. Without exaggeration I properly get going on combining colours and nuances.  There is no right or wrong and we all like different ones. And that is truly fortunate. It would be SO boring otherwise J With dahlias there are unsuspected possibilities for all tastes to find their nicest colour combination. 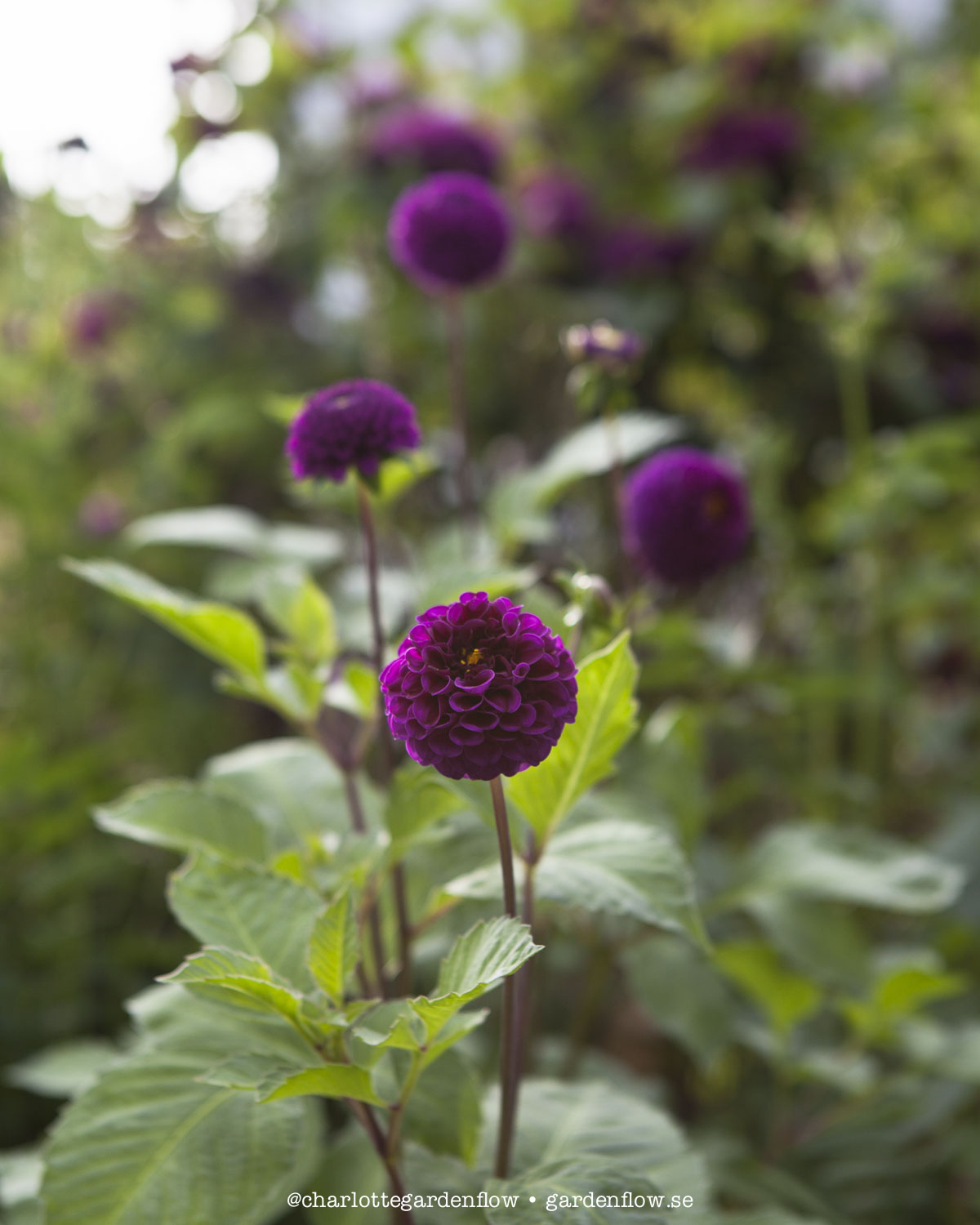 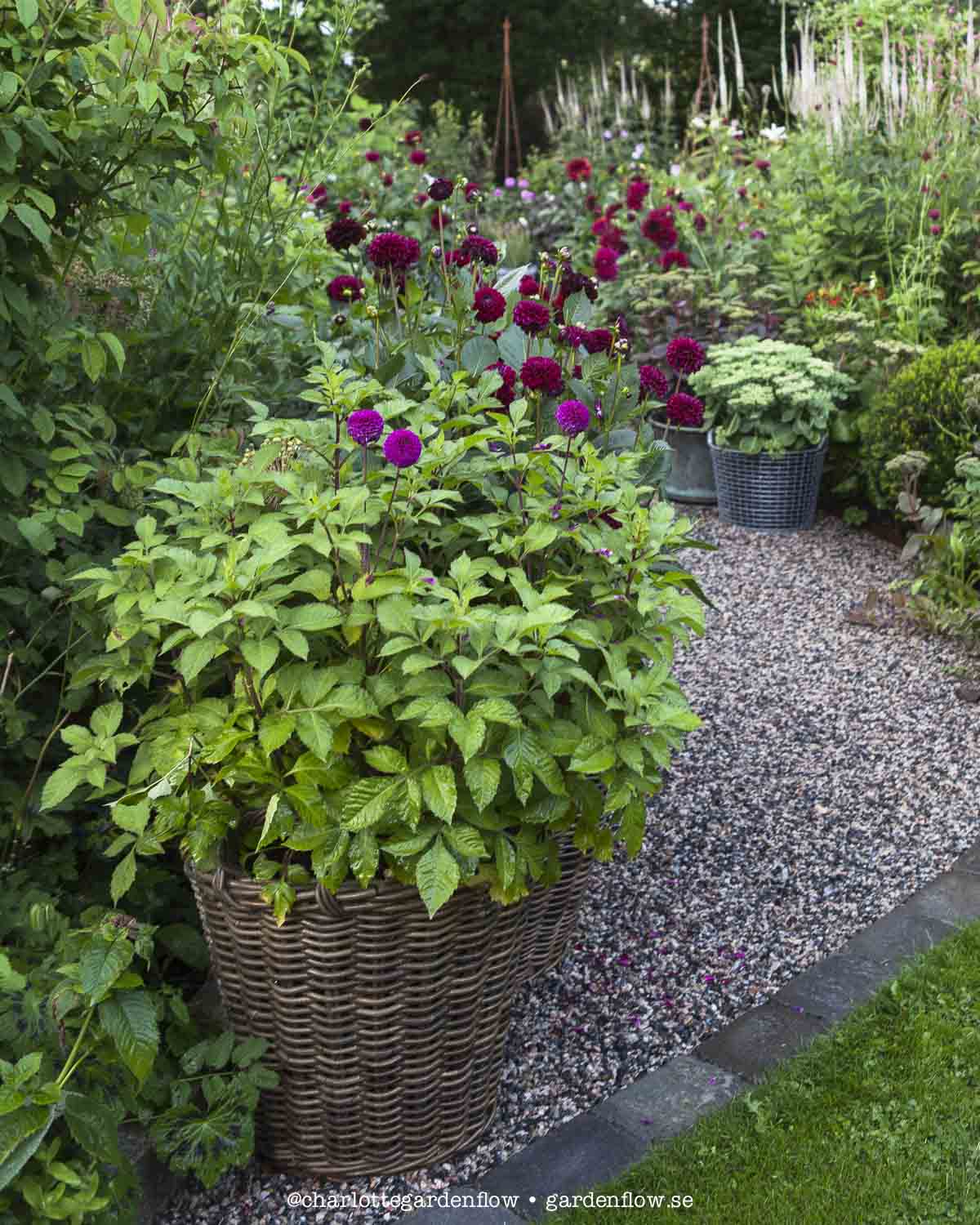 There will be more posts about dahlias. I have only just started.