It is nice to have pots with plants that pretty much take care of themselves. And it is nice that the plants can tag along from year to year. Perennials in pots are unbeatable in the long run. Either to return the following year in pots or to be planted out into the garden. The perennials that I have used in pots the most through the years and that survive the winter well are; hosta, heuchera, sedum, sempervivum and tiarella, but you can have almost all perennials in pots. I tend to use more and more perennial in pots. 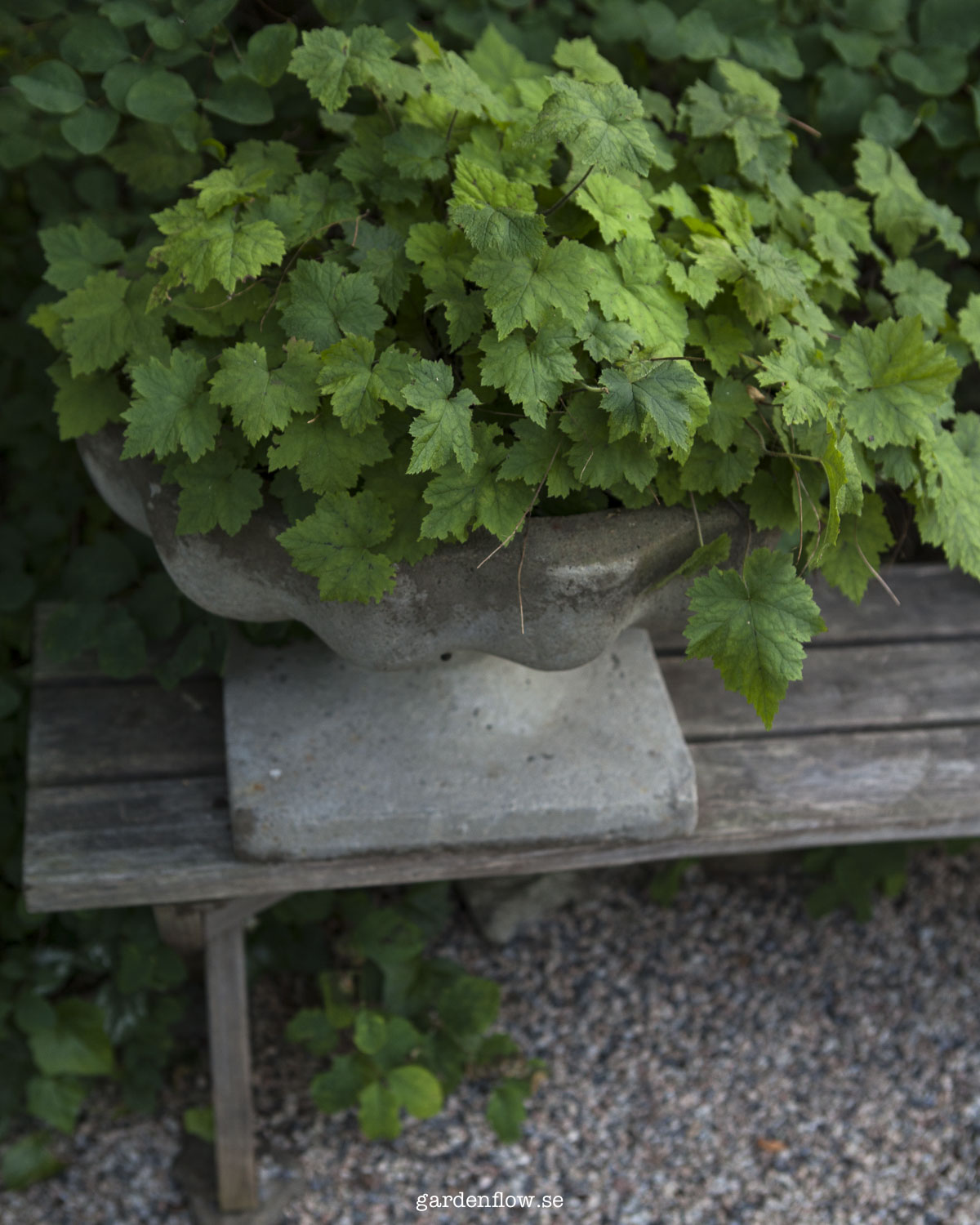 A mix of sedum in two of the pots and ‘Matrona’ in the back one. A beautiful heuchera in the front. 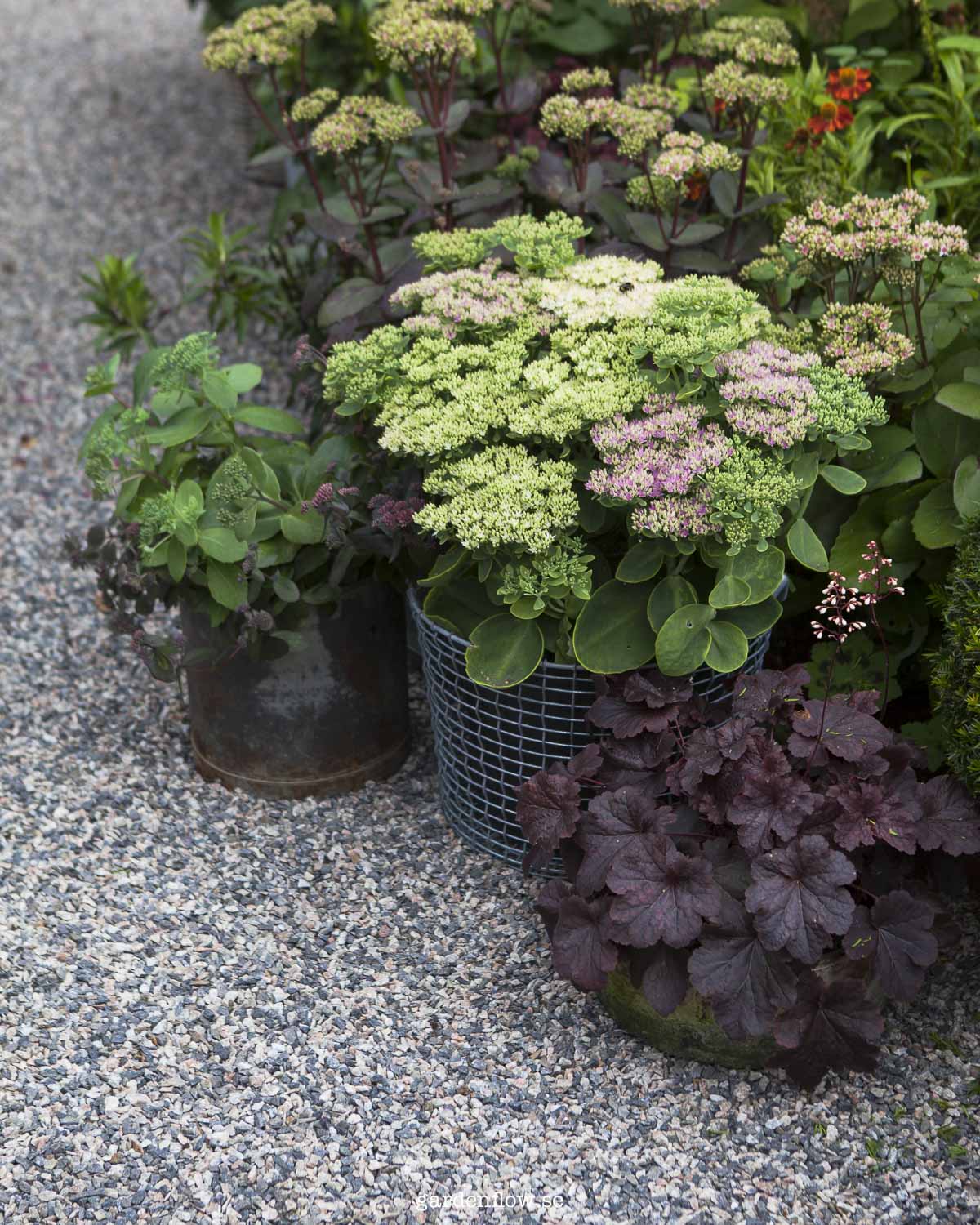 Small plants of different sedums together in a pot. It became quite fun I think. 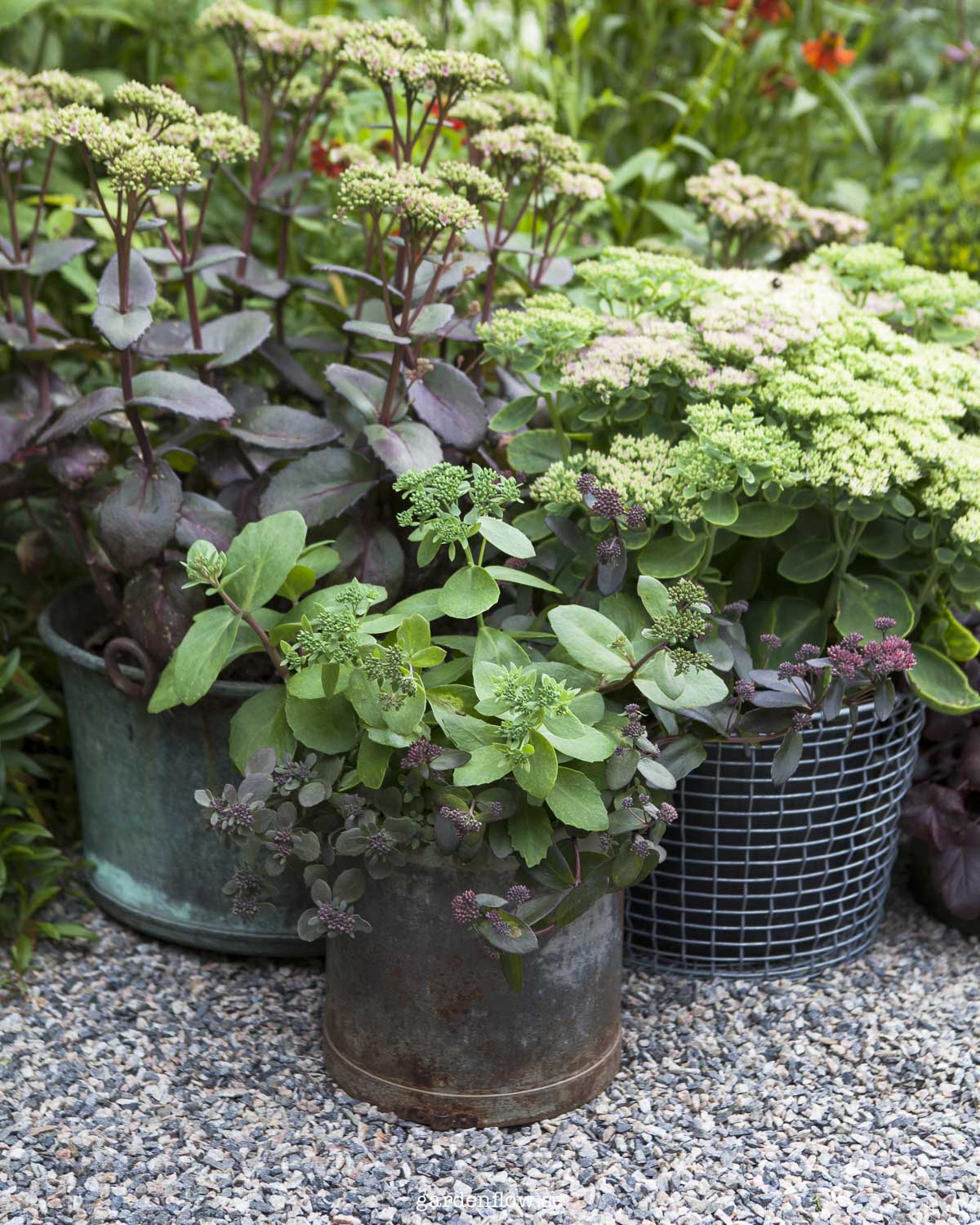 Heuchera is such a rewarding and beautiful plant. Perfect to have in a pot and easy to match the leaf colour with the rest. It is crazy haw many different varieties of heuchera there are. Crazy as in crazily fun. 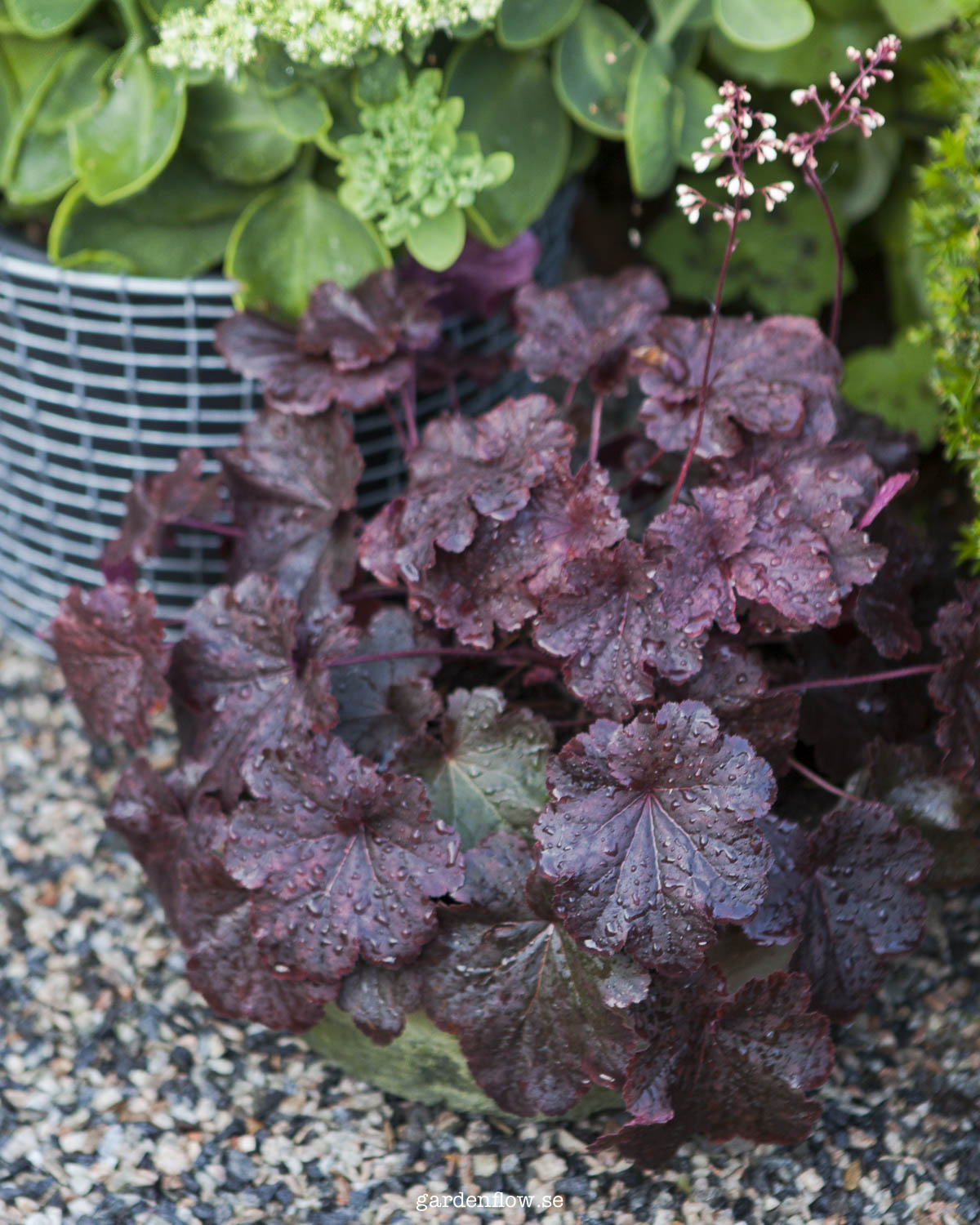 A lot of sedum came this year, both in pots and even more in the flowerbeds. It is such an incredibly stable plant and there are few perennials that do not have a ‘bad’ period during the season but that instead stay beautiful from the moment they appear till they die in the cold. A hero plant that I like more and more. besides the usual Chinese sedum, ‘Matrona’ is the one I have fallen for the most but there are a lot of nice ones. 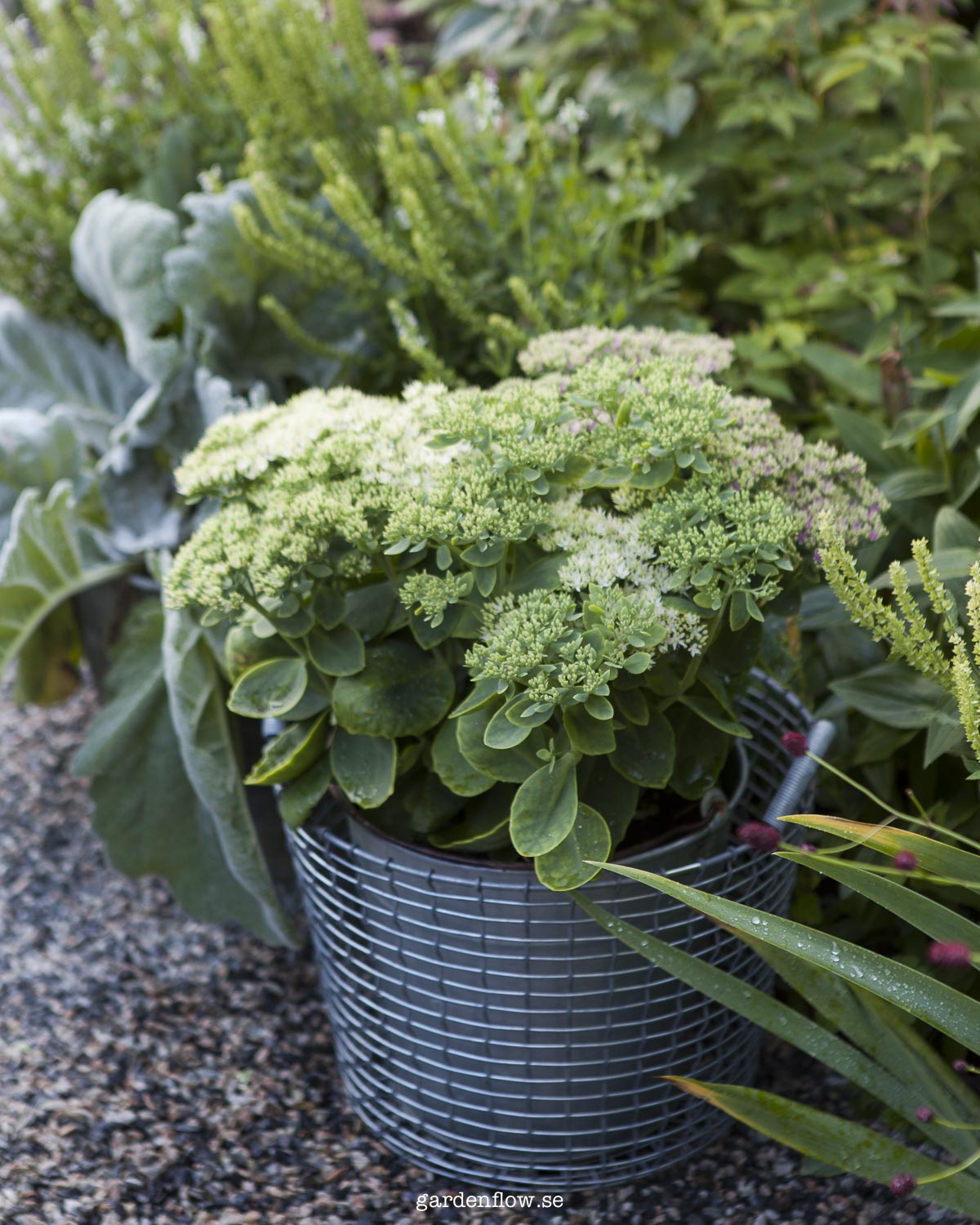 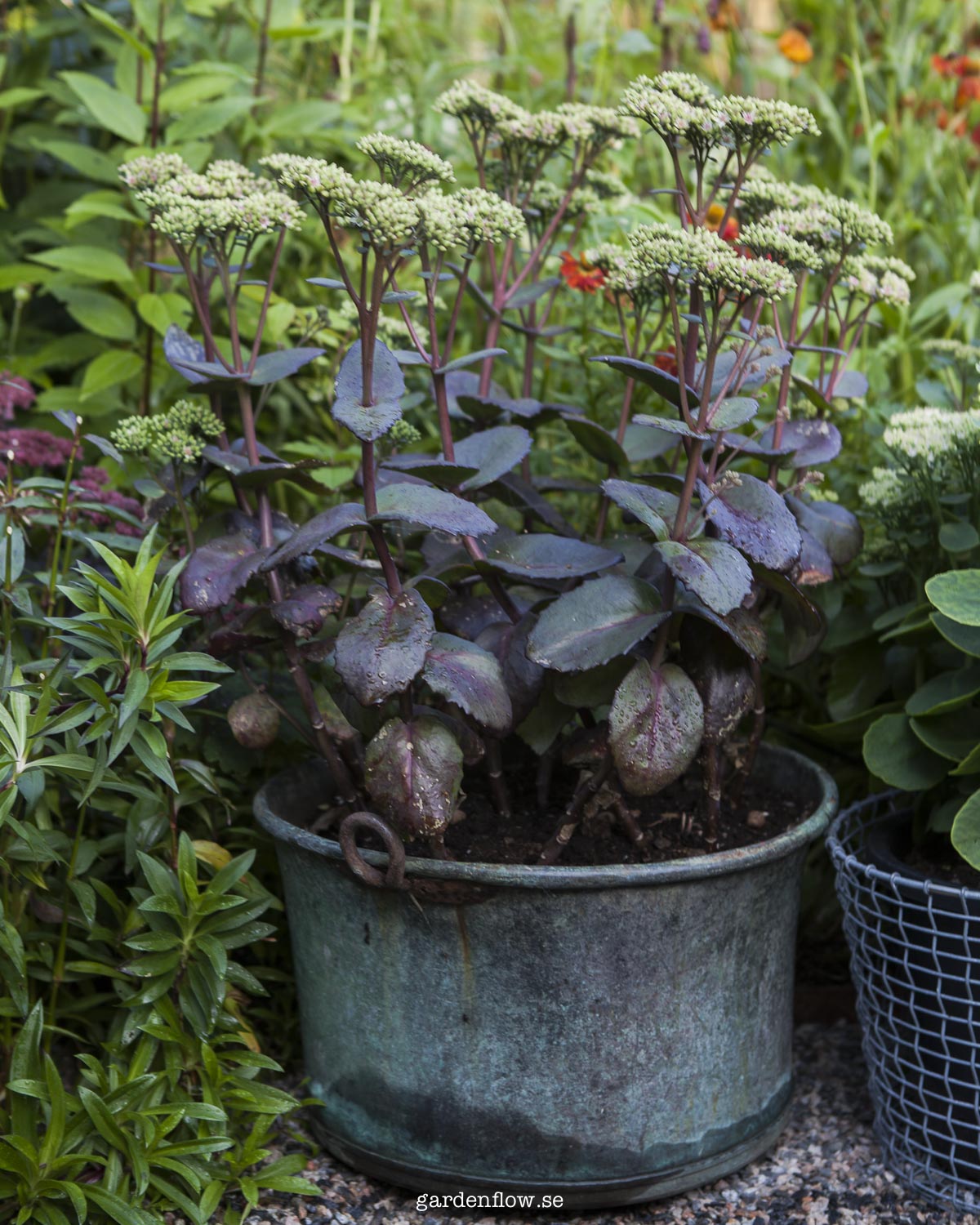 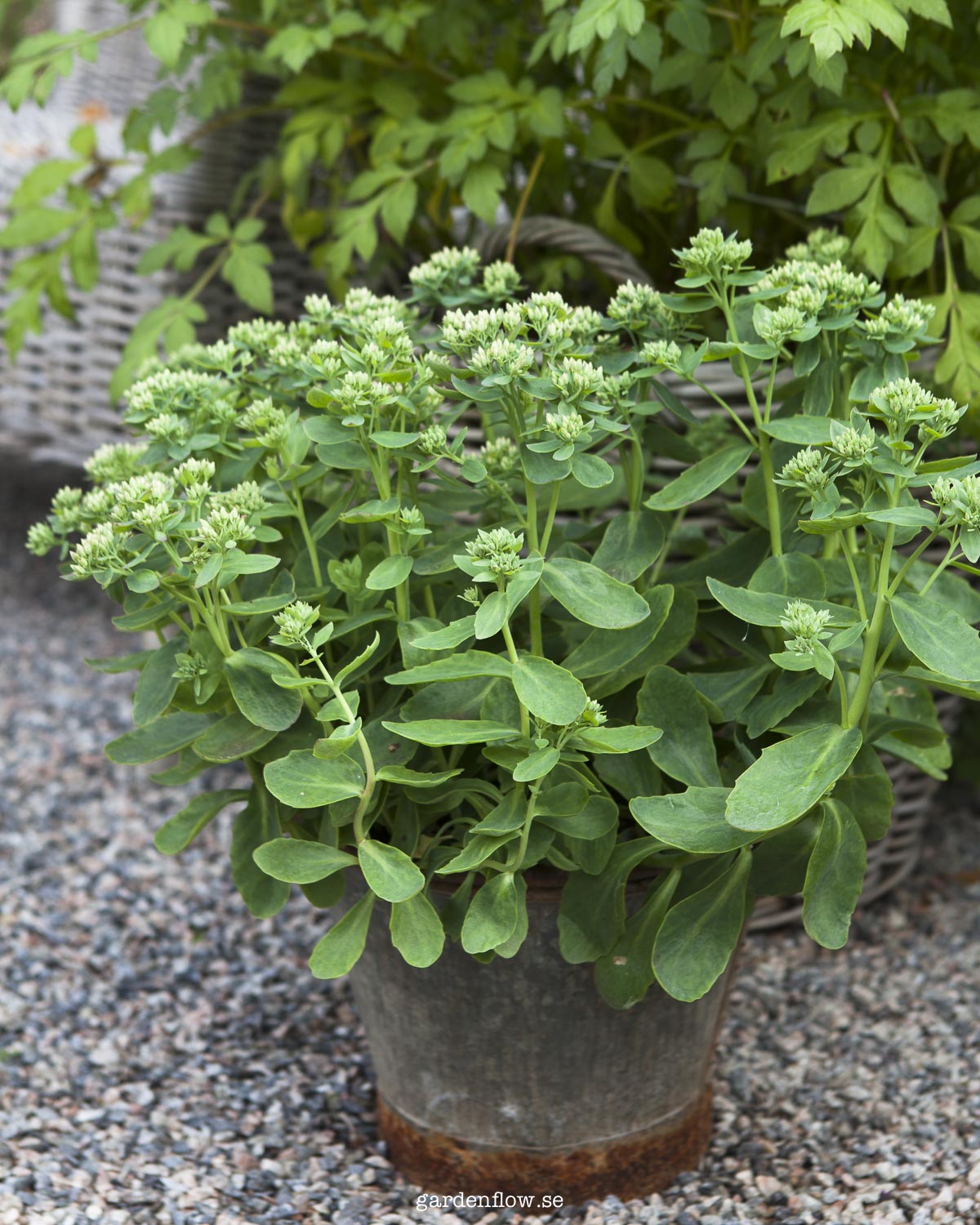 Har tyvärr inget namn på denna på denna. /Have unfortunately no name on this one. 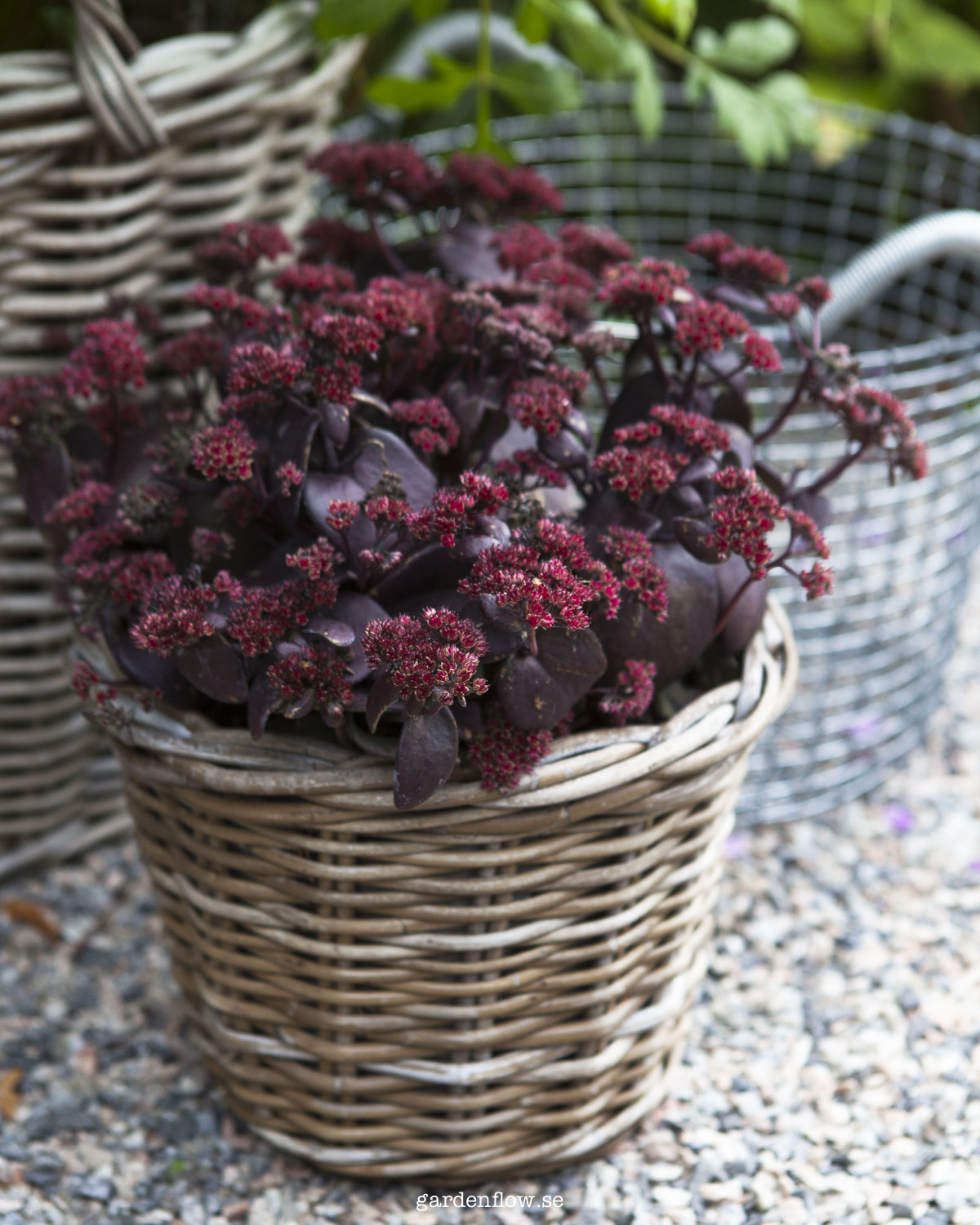 Har tyvärr inget namn på denna. Have unfortunately no name. on this one.

Most perennials that have been in pots during the season I dig down into planting boxes before it all freezes. It is possible to put the pots away in a sheltered area for over wintering. It is often the wet that is the issue when a over wintering fails, i.e. the plants freeze rot.