It was not until their 150th anniversary that I managed to go to Sofiero. For a northerner it is quite a way to go. The weather turned into a warm midsummer heat wave and it became an amazing visit. A wonderful garden and many gardening friends with lots of hugs. One does not simply go down to Skåne very often so it was very nice and longed for. 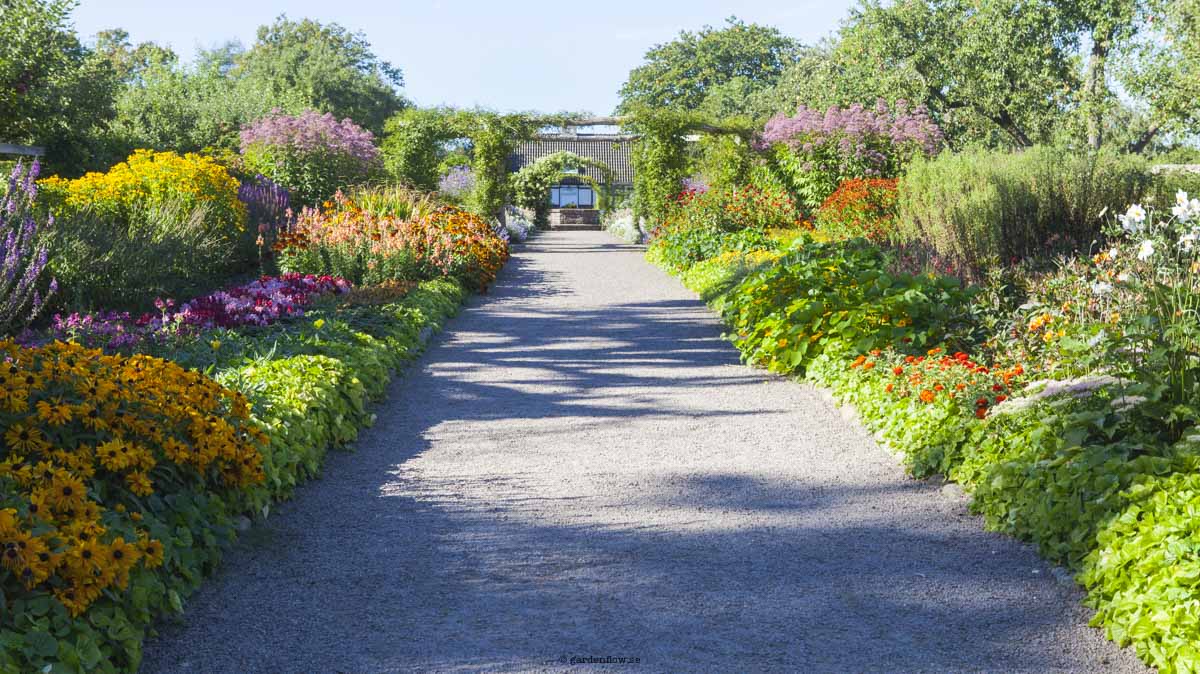 The story begins in 1866 when Prince Oscar and his wife Sofia spend their first summer here. When their grandson Gustav Adolf and his English wife Margareta later take over Sofiero the transformation begins to what the garden has become today. Both of them are very interested in gardening and together they built the different parts up in less than 15 years. Today it is the city of Helsingborg that owns and run the complex with an ambition to not only manage it but also to adopt the same experimental urge that the couple had. Margareta’s flower beds are still one of the biggest attractions in the garden and I can vouch for that. They are what creates the obvious boulevard with the two parallel flower beds. Here you are sucked into the thrilling world of colour and the plants billowing patterns.The explosion of the late summer is both warm and lively and I almost don’t want to go anywhere else. Possibly go home straight away to immediately build my own boulevard with the same feeling of soft abundance of life force and colour energy.

The gardens obvious boulevards with parallel flower beds sucks me into the thrilling world of colour and the plants billowing pattern. 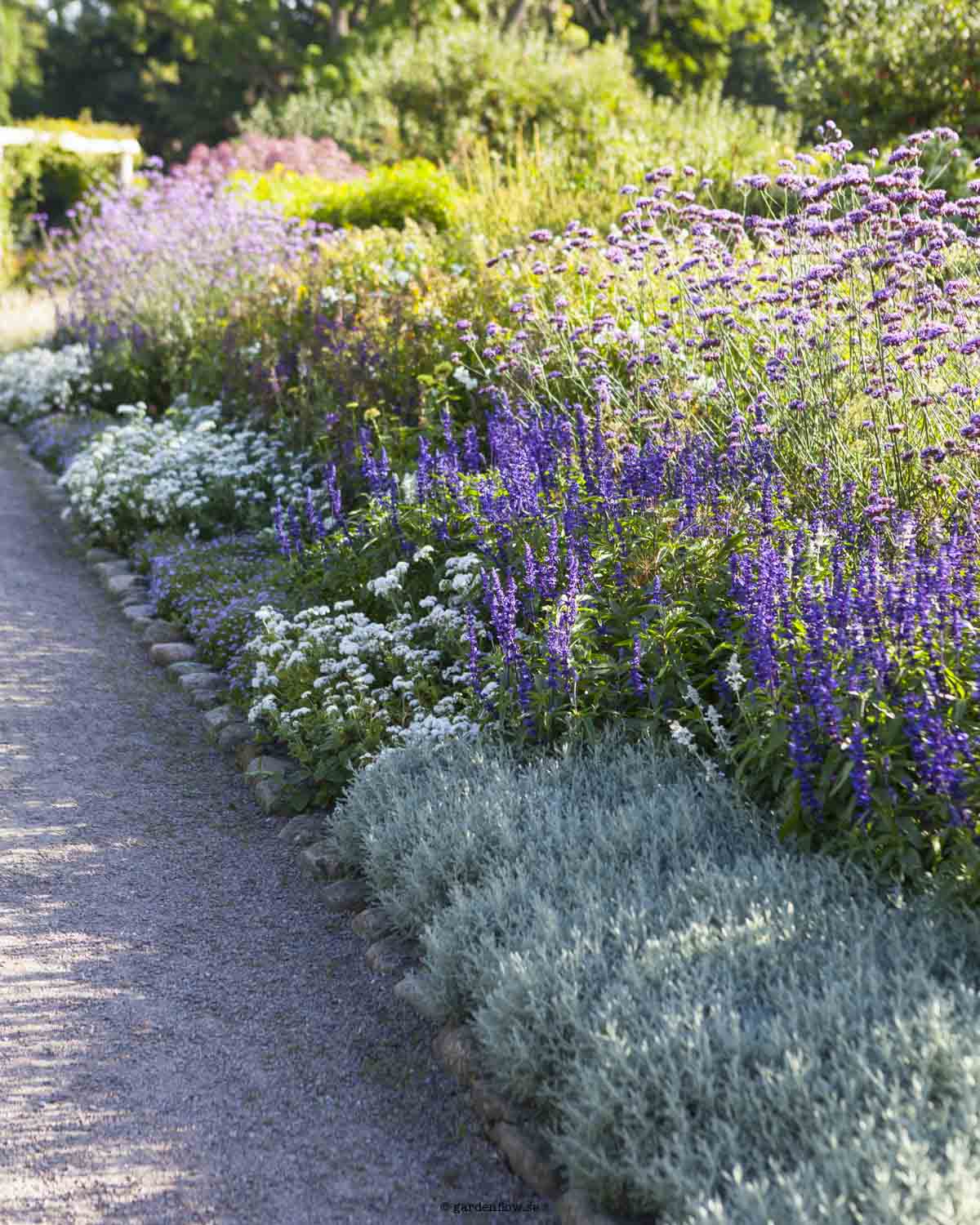 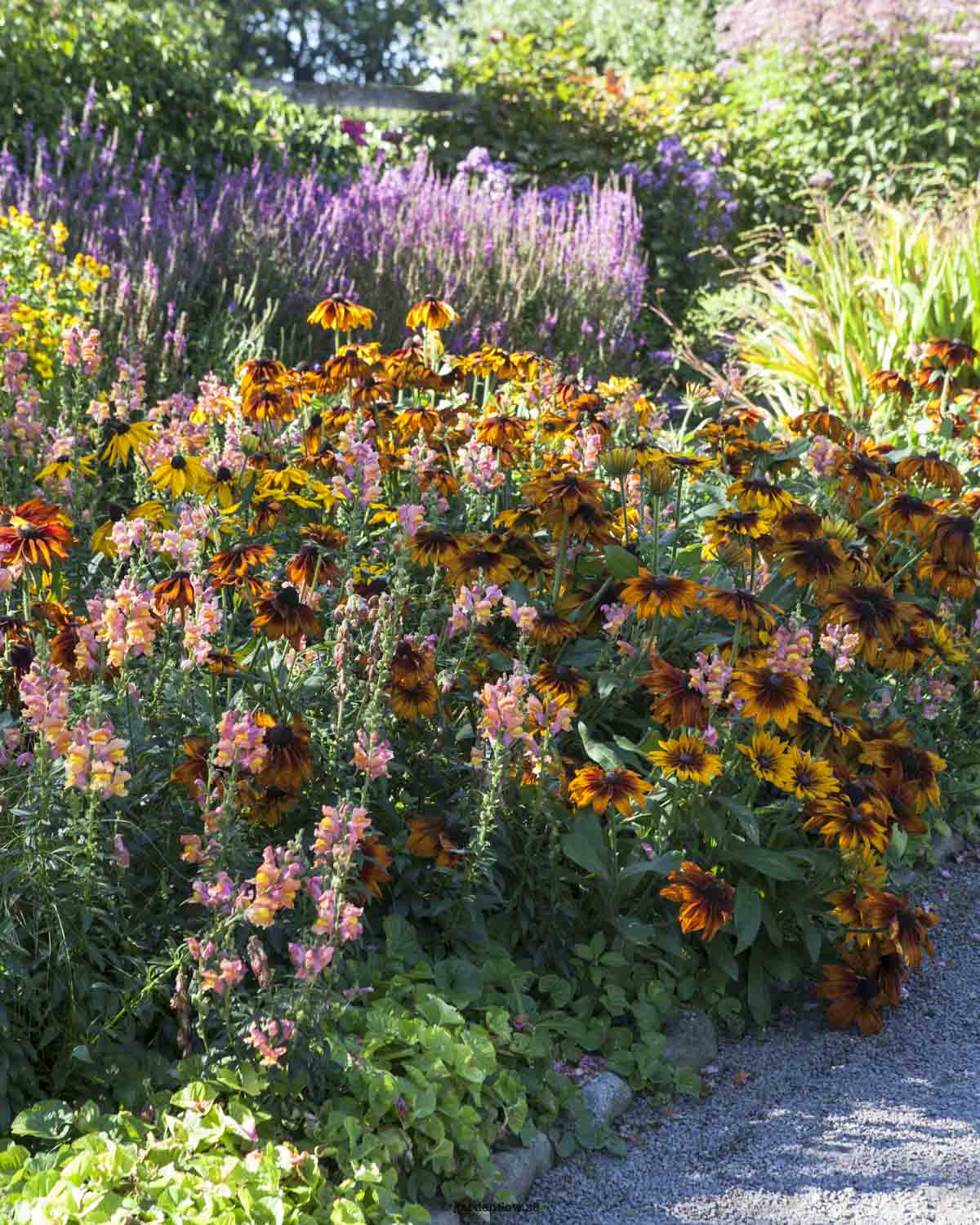 I linger for quite a while around the area of the greenhouses, kitchen garden, the flower street and Dahlia block. 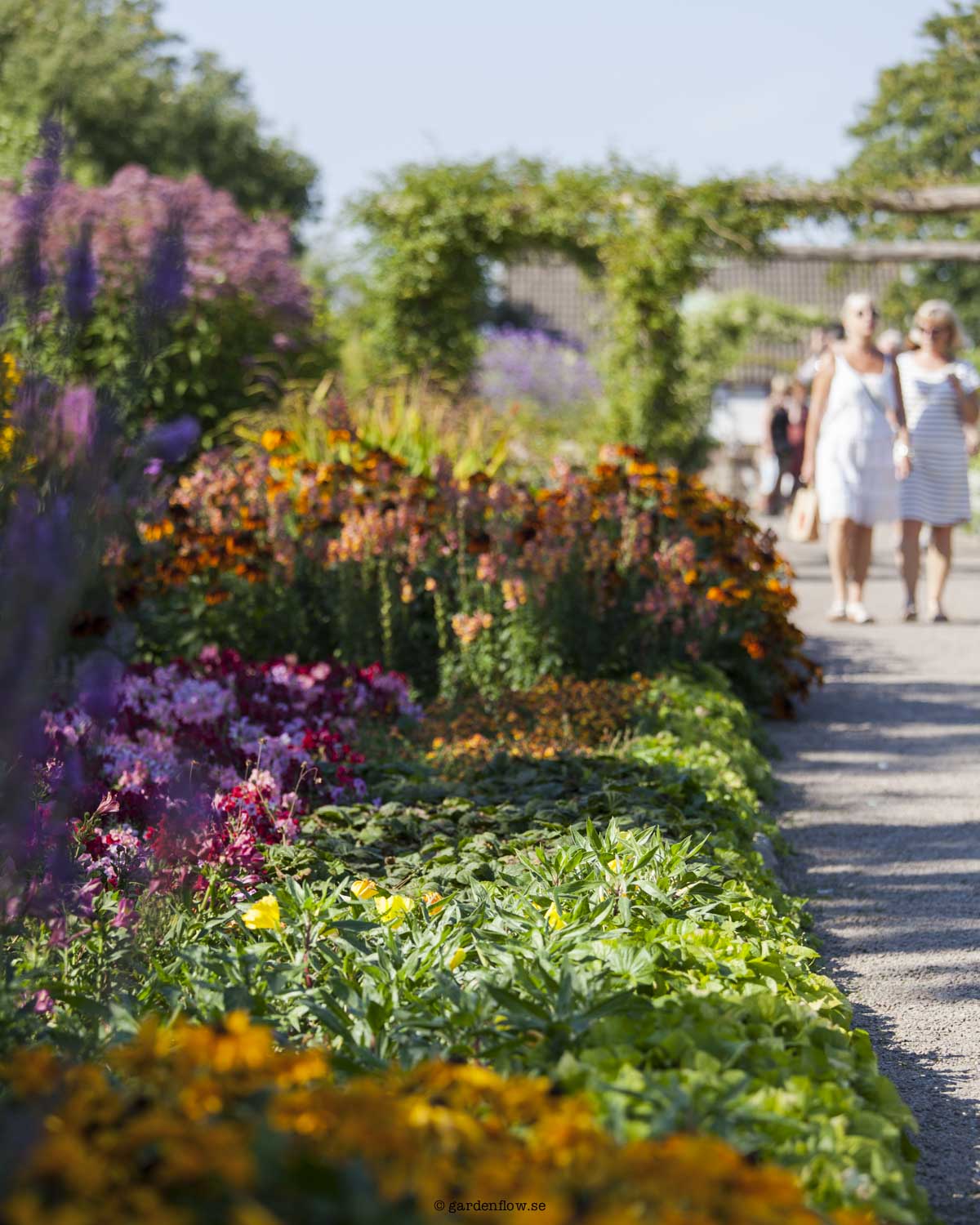 A divine melon house. Traditional, old and genuine greenhouses do something to me. My pulse drops, my breathing becomes deeper and a big calm takes charge. I believe it’s the sense of safety that settles in my stomach. Also a desire to move in, which I do mentally straight away. I petted the melons, breathed and left again but with a new sense of presence. 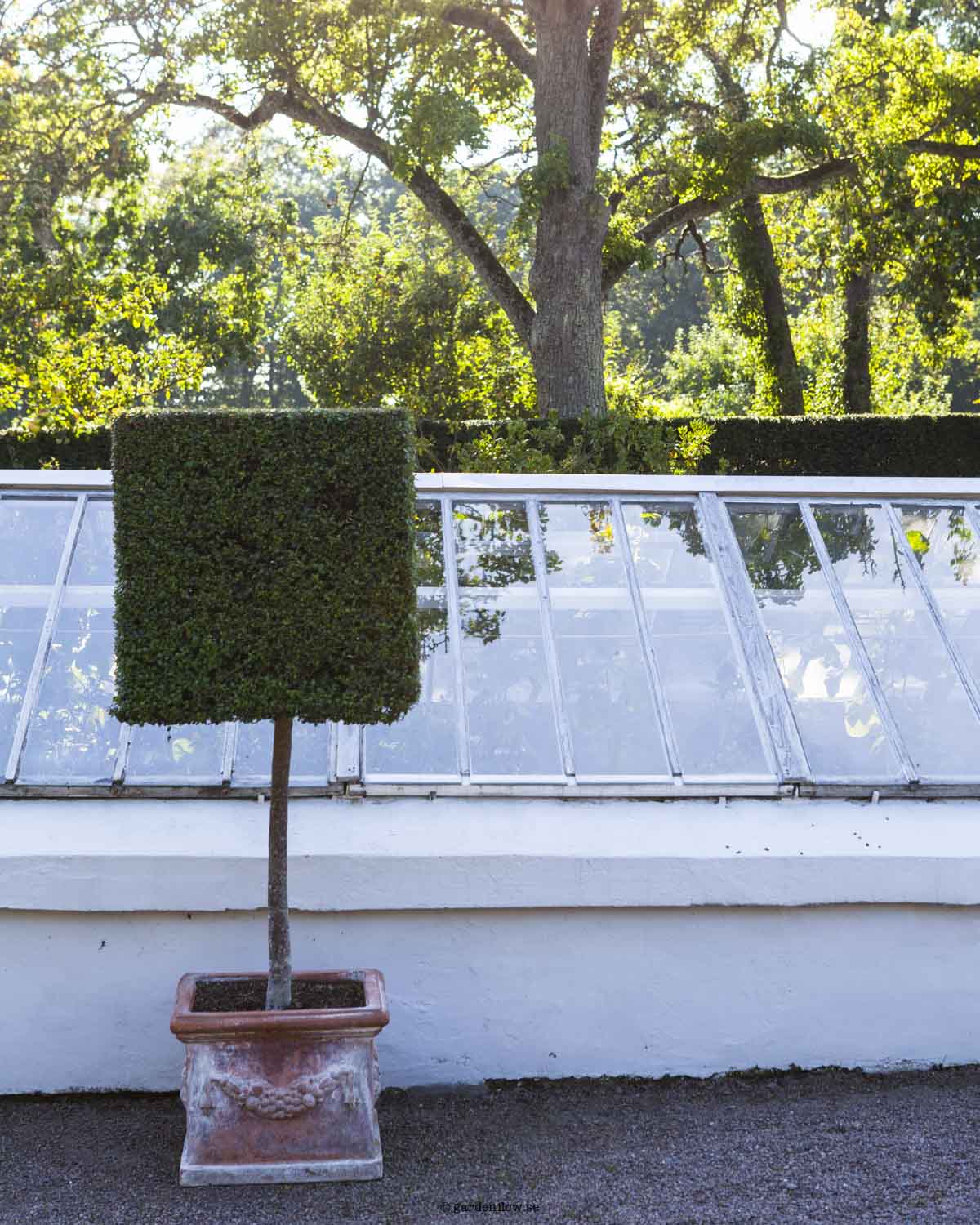 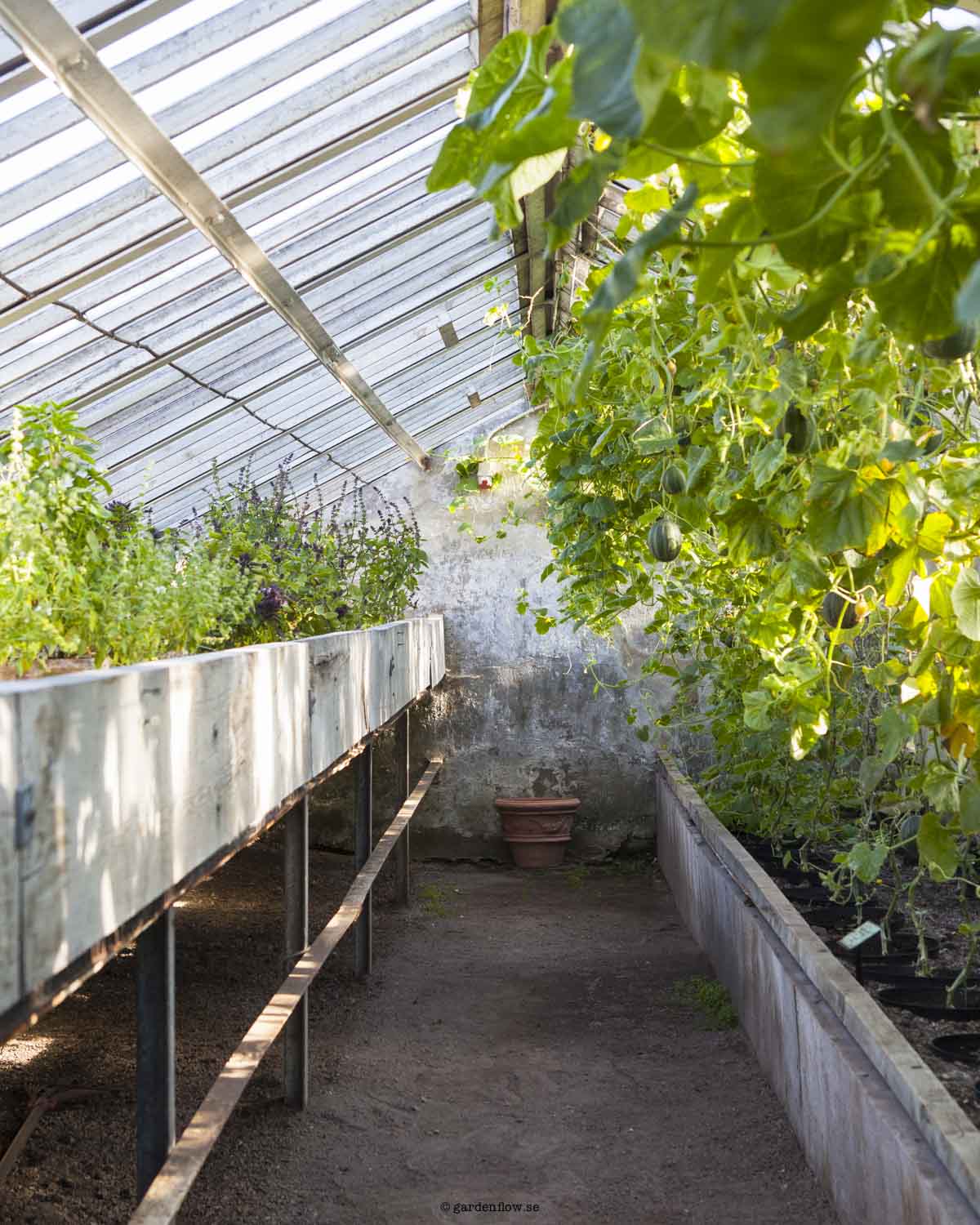 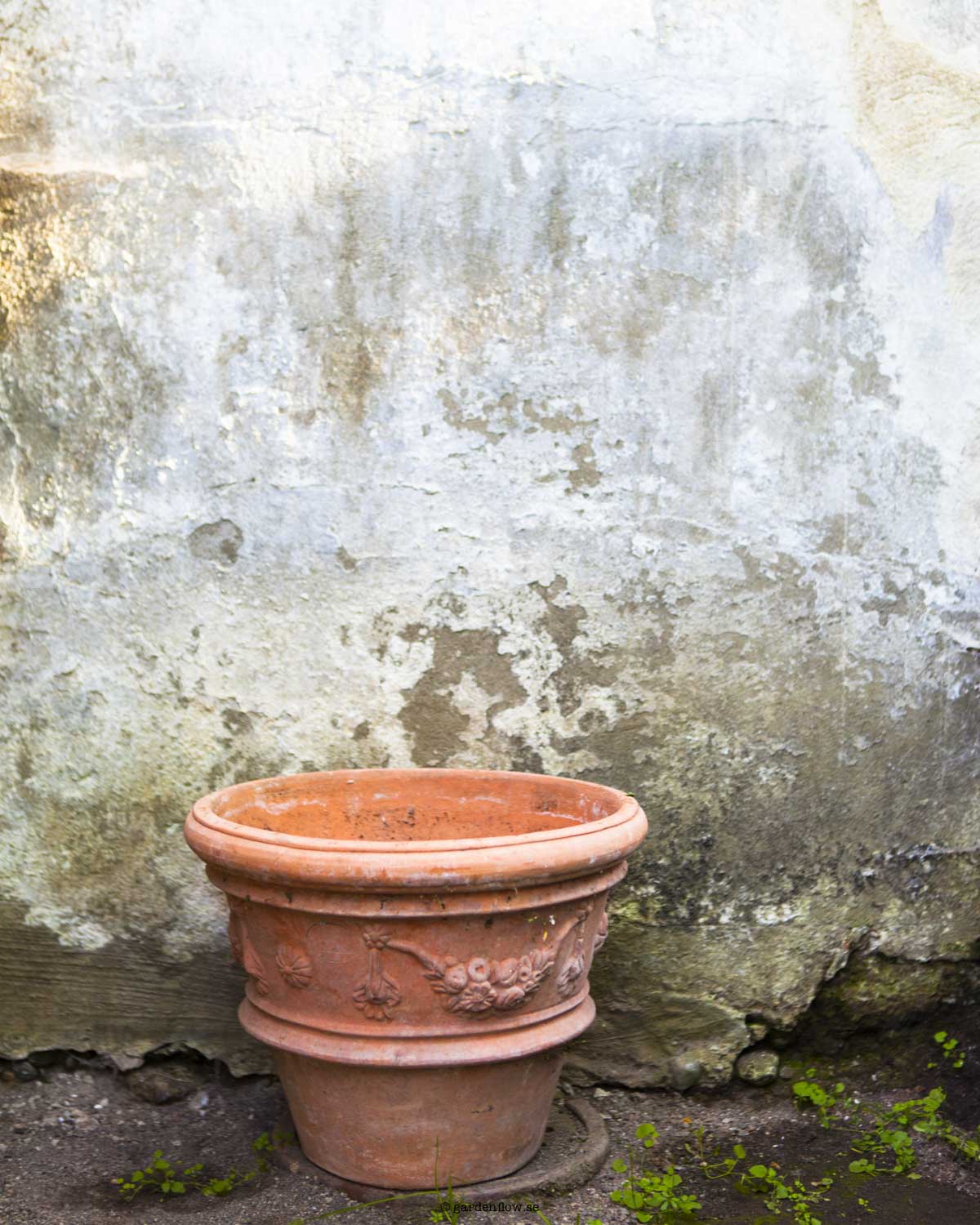 Beautiful shapes in the hedges, trellises and paths. 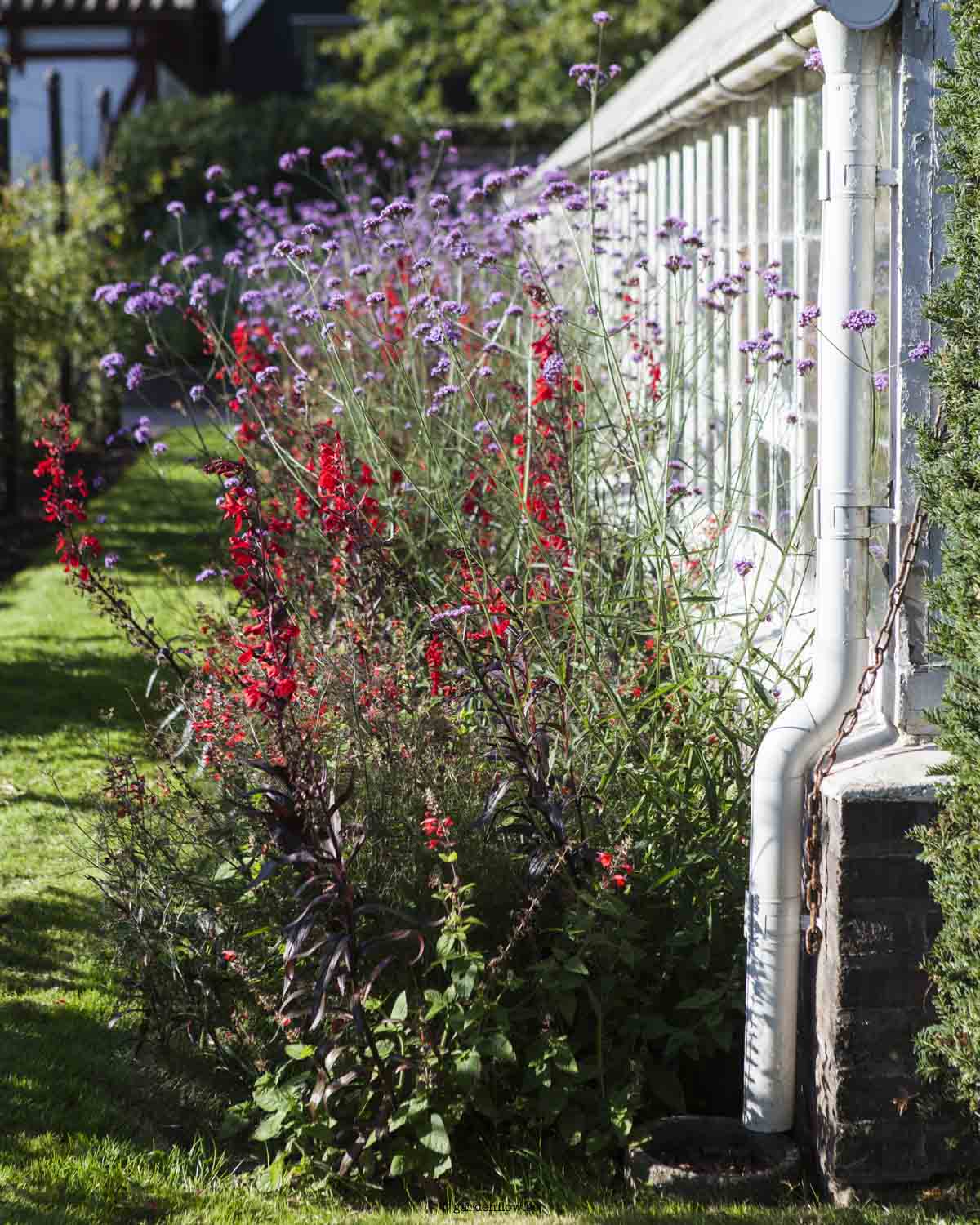 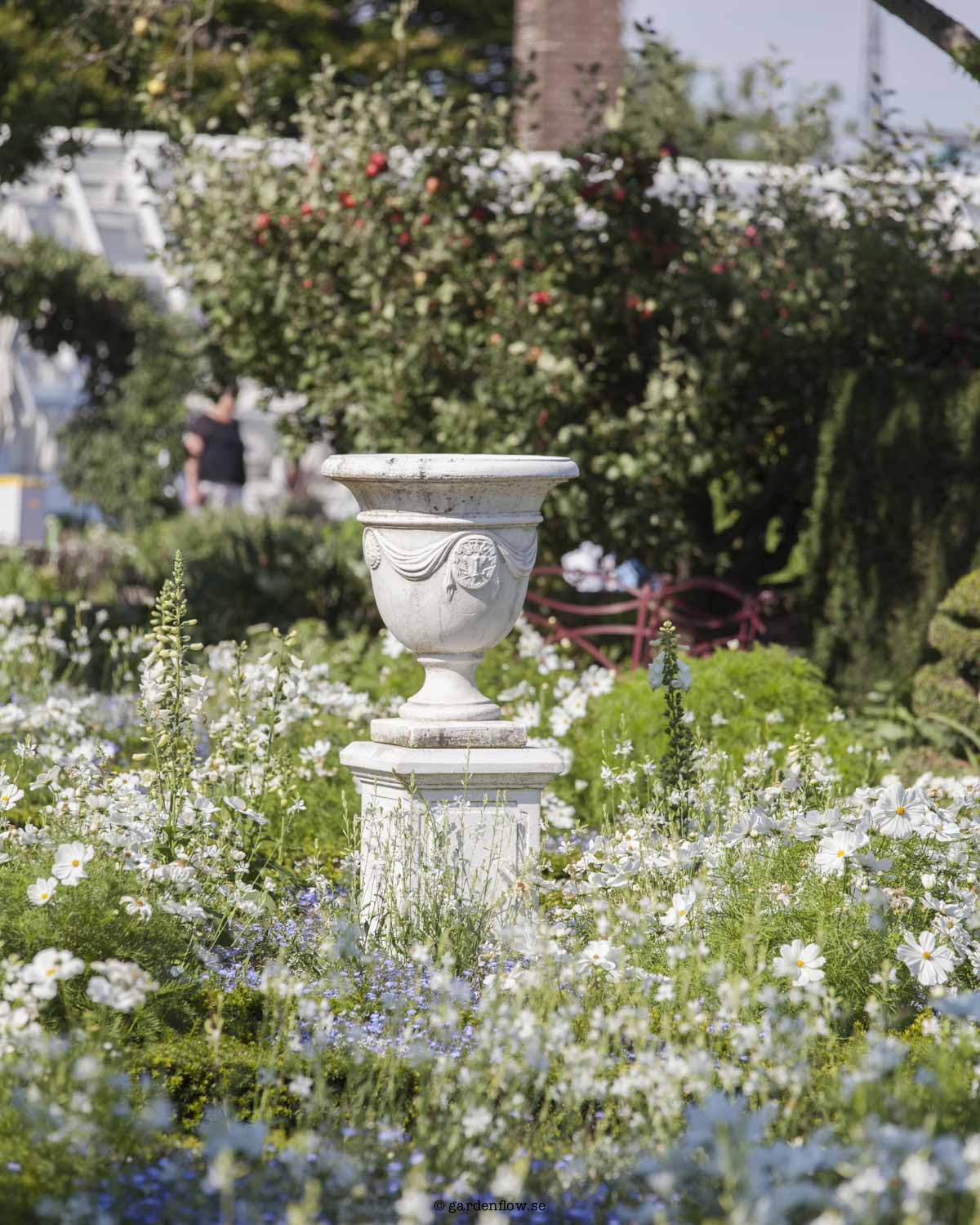 The Dahlia block gets its own writeup.
Can’t be done any other way.
Here the pulse got raised instead.
That’s nice too.
The wine house and a very special idea garden will get their own write ups as well.