When your garden suffers from an infestation of voles it is easy to lose your spirit. Some years are called vole years when the infestations are massive. Some have constant issues with voles and some have it now and again. Depending on your situation regarding the extent of the infestation you have to find an appropriate strategy. In my case I have only had small (but still some) visits by the voles through the years until this winter when I suffered a big infestation under a large bed discovered due to a small leaning tree. My first thought was that it was not worth trying to fix the flowerbed with new plants. But then I changed my mind and I will make an attempt to fix it by predominantly choosing plants that voles usually don’t touch, according to the information I have found and been given. As far as I understand there is no safe bet and even if the plants or roots don’t get eaten, they might be undermined by the burrows and therefore still die. The voles also need to be disturbed by sound, vibration, a generally hostile environment and you need to protect the plants as much as possible. Our cat, that has only been able to catch small mice, is not much help. However I am told that a vole hound is the best thing to have.

Tips and methods for when you are suffering from a vole infestation or to be used as preventative measures.

This compilation is built on information that you can find at SLU (The Swedish University of Agriculture), companies that work with vole control, gardening companies, all kinds of gardening forums online, organisations and tips given on Instagram etc.

He is not much help in the vole hunt, our ball of fluff. A few mice is all he can manage.

I actually saw the first signs of voles at the first frost last autumn by the infested (and partly newly dug and remade) flowerbed. I stamped down the burrows and put down vole scarers with sound and vibration, but then winter came. 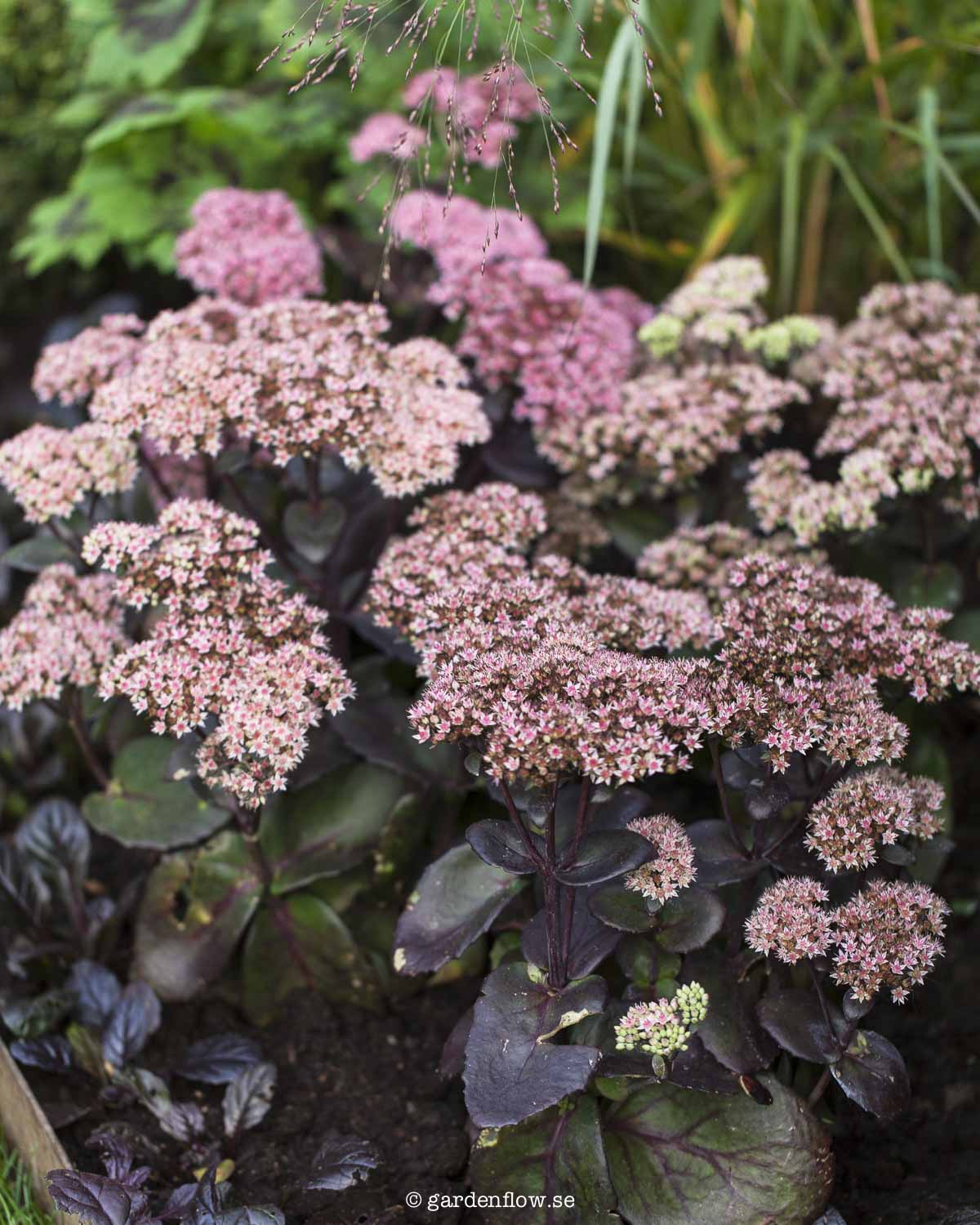 SV: Kärleksört ska vara en växt som sorkar inte gillar enligt fleras erfarenheter. Det kan jag bekräfta stämmer, hos mig i varje fall. Ingen av alla kärleksört som fanns i rabatten blev rörd av sorkarna. / ENG:Orpine is supposed to be a plant that voles don’t like according to several people’s experience. I can confirm that, at my place at least. None of the Orpines I had in the flowerbed has been touched by the voles. 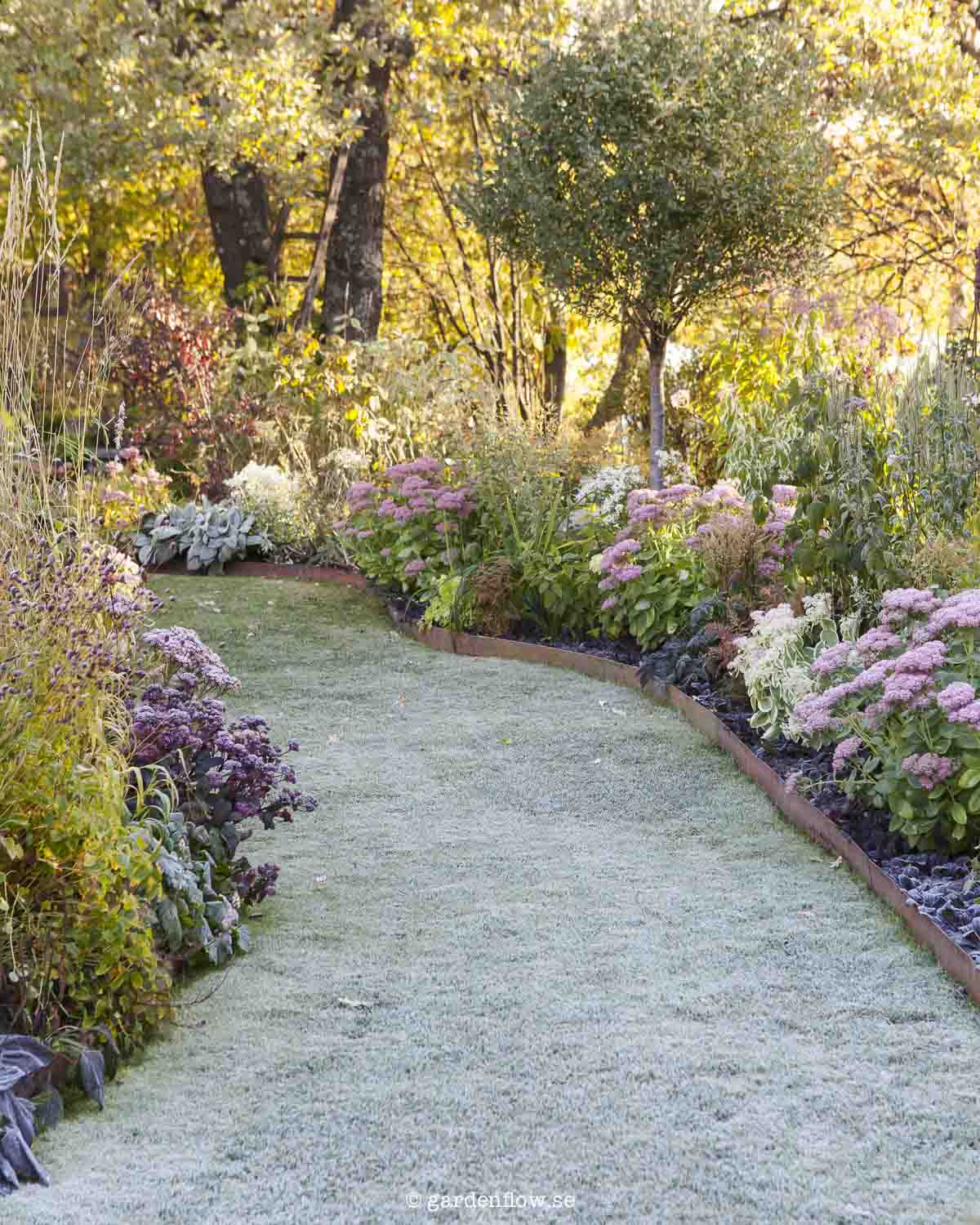 SV: När det fryser, blir vinter och kommer snö. Hur sjutton bekämpar man dem då. Det är det svåra. Att hålla dem borta vår, sommar och tidig höst är lättare. Rabatten till vänster var den som blev angripen. / ENG:When it freezes, becomes winter and the snow arrives. How on earth do you defeat them then? That is the hard part. To keep them away during the spring, summer and early autumn is easier. The flowerbed to the left is the one that got infested.

It is not completely simple. I think I believed that the voles had retreated now during the spring since I have started to be outside more and to top that had been stamping around the flowerbed. But no. I found a new hole in the mangled flowerbed from one day to another. 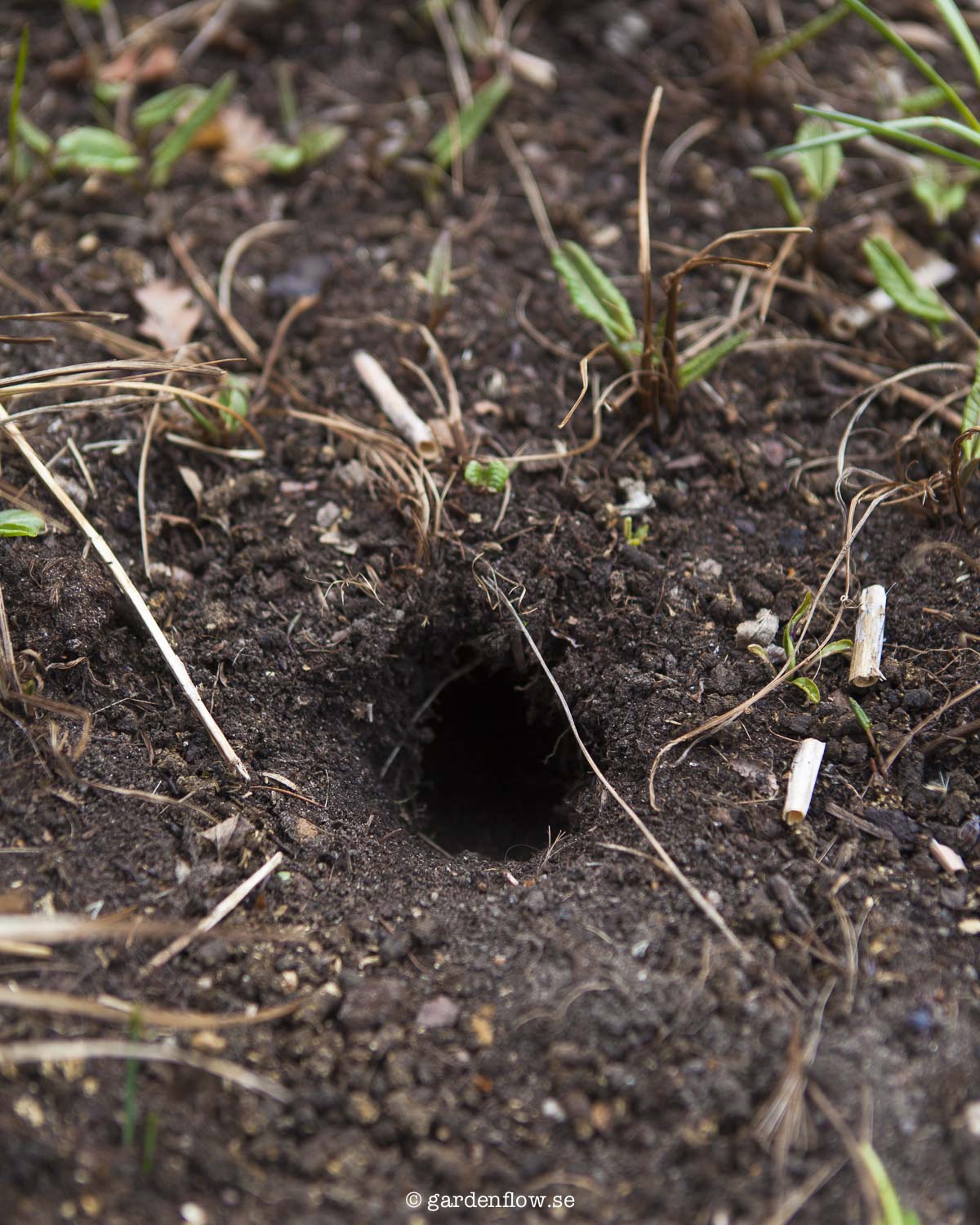 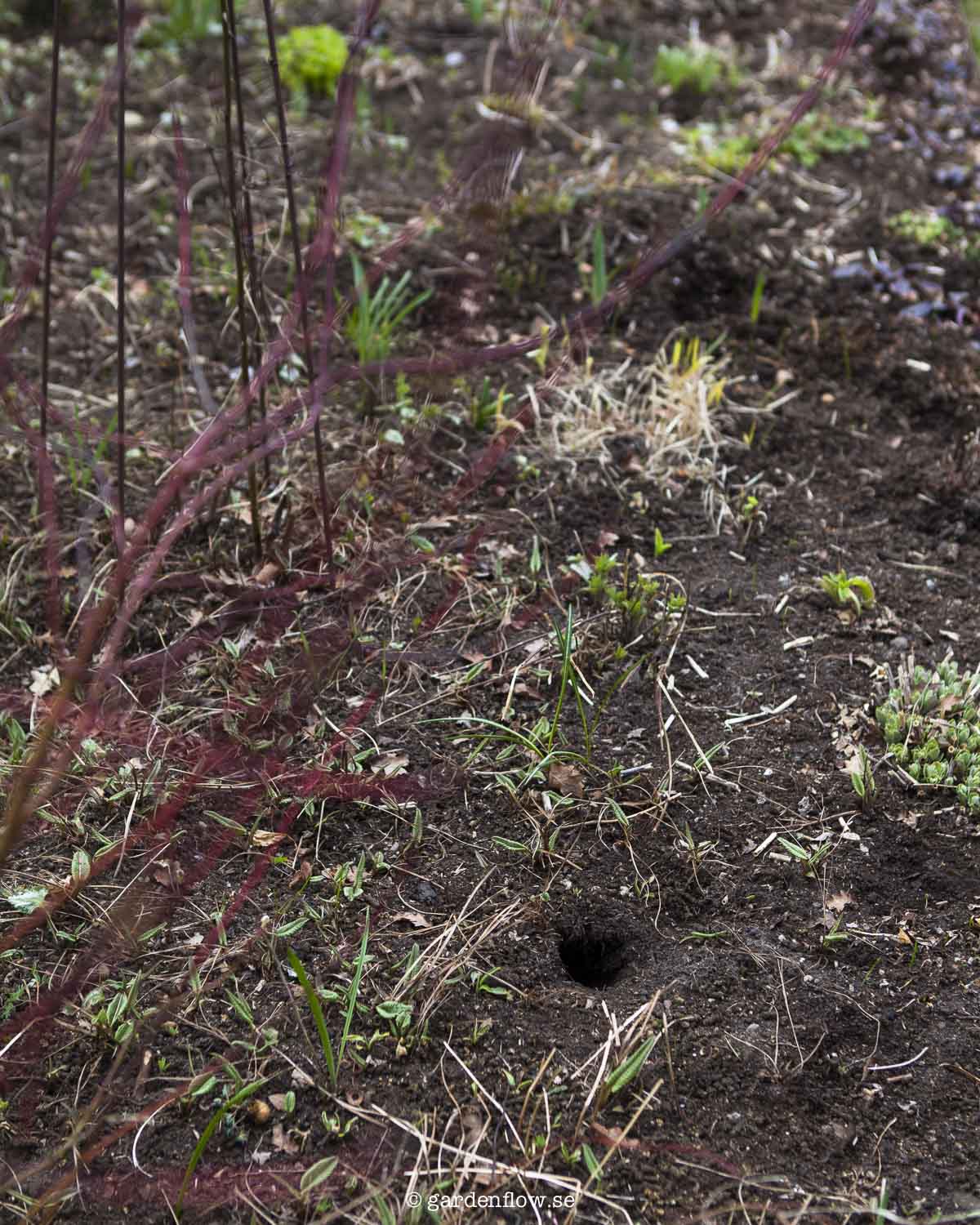 SV: Gången är mycket ytlig. Jag provade att sticka in en pinne. / ENG:The burrow is very shallow. I tried to poke a stick down into it. 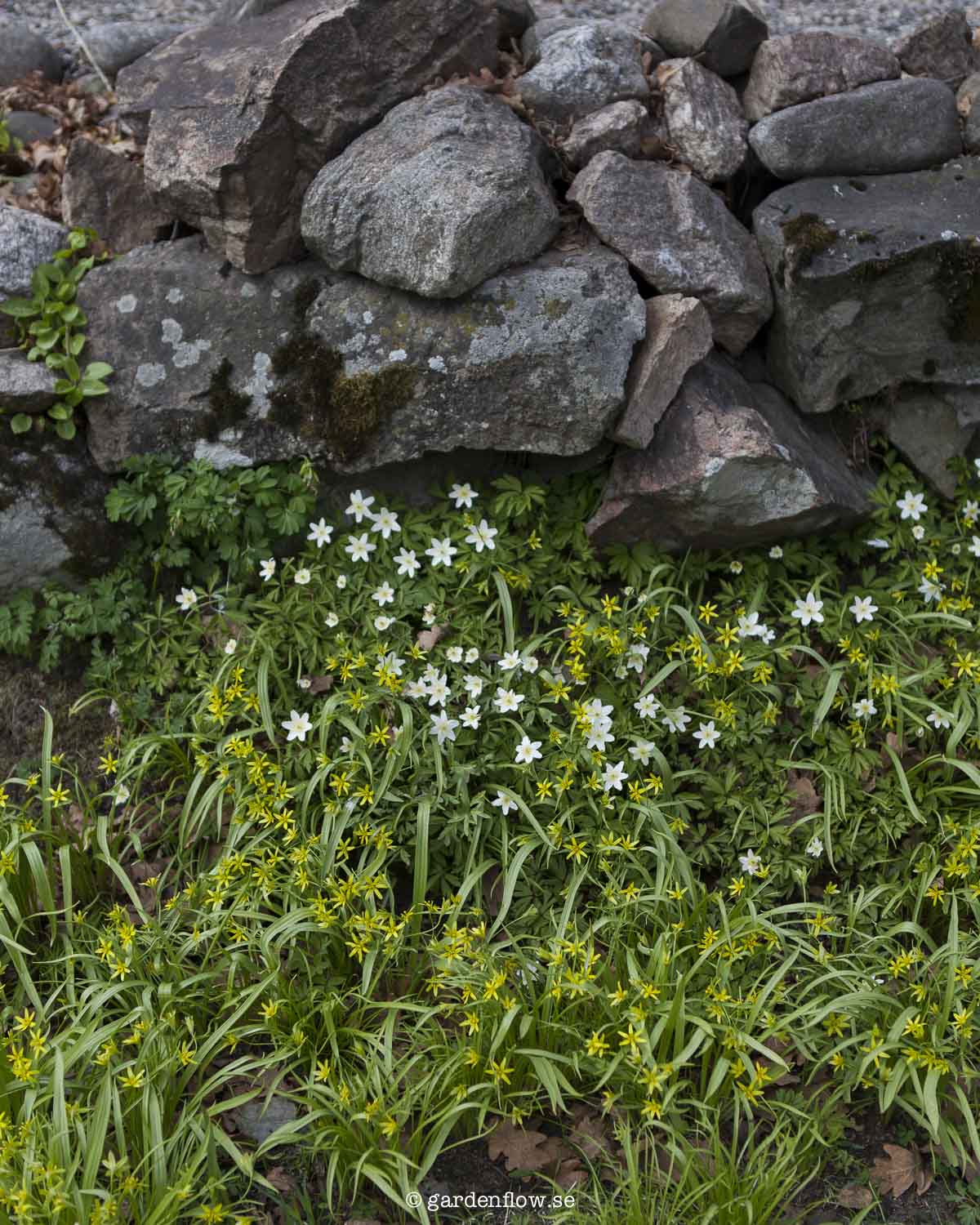 SV: Här har vi problemet. I bakkanten av den angripna rabatten löper denna mycket löst sammanfogade och bitvis raserade ‘mur’. Det är fri lejd in i alla håligheter direkt till rabatten. / ENG:Here is the problem. Along the edge of the infested flowerbed is a very loosely put together and partly ruined stone ’wall’. There is a free run into all the cavities directly through to the flowerbed. 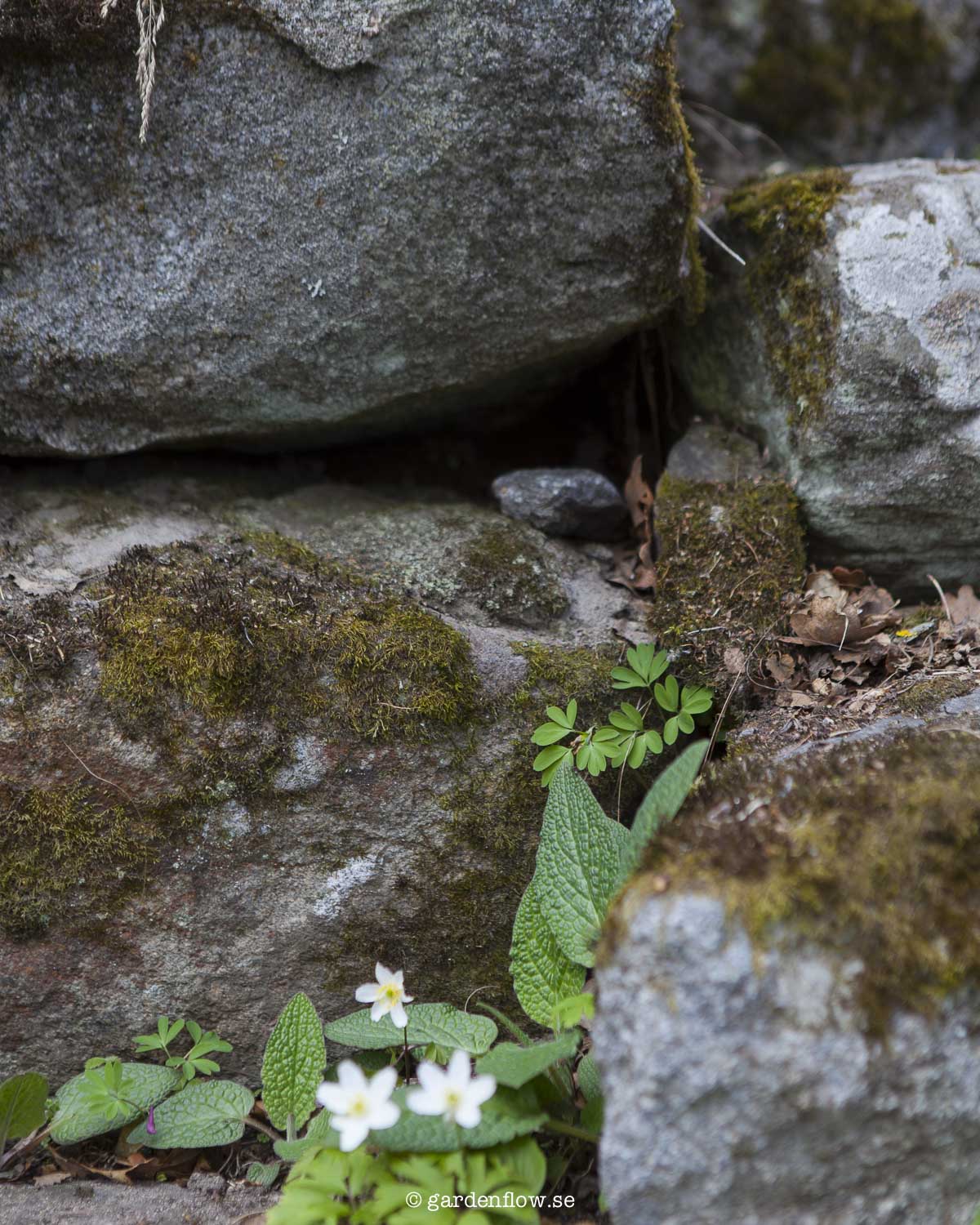 The plant that are often mentioned as ‘safe’

Allium, sometimes referred to in Sweden as vole onion, is often mentioned as a plant that voles don’t touch and to some extent deters them and protects other plants from infestation. I am therefore thinking that they should be a safe plant to use. But not always. I have read about people having their Alliums eaten too. However the majority seems to agree that it is a safe one, which seems promising. All sorts of smelly onion plants are mentioned in several places as vole deterring plants.  Crown imperial (Frialliaria imperialis) Spring onion (Allium cepa x fistulosum) Chives (Allium schoenoprasum) garlic (Allium sativum)  and Allium Aflatunense (krigislök), all sorts of alliums are seen as plants that the voles can’t stand due to their odour. 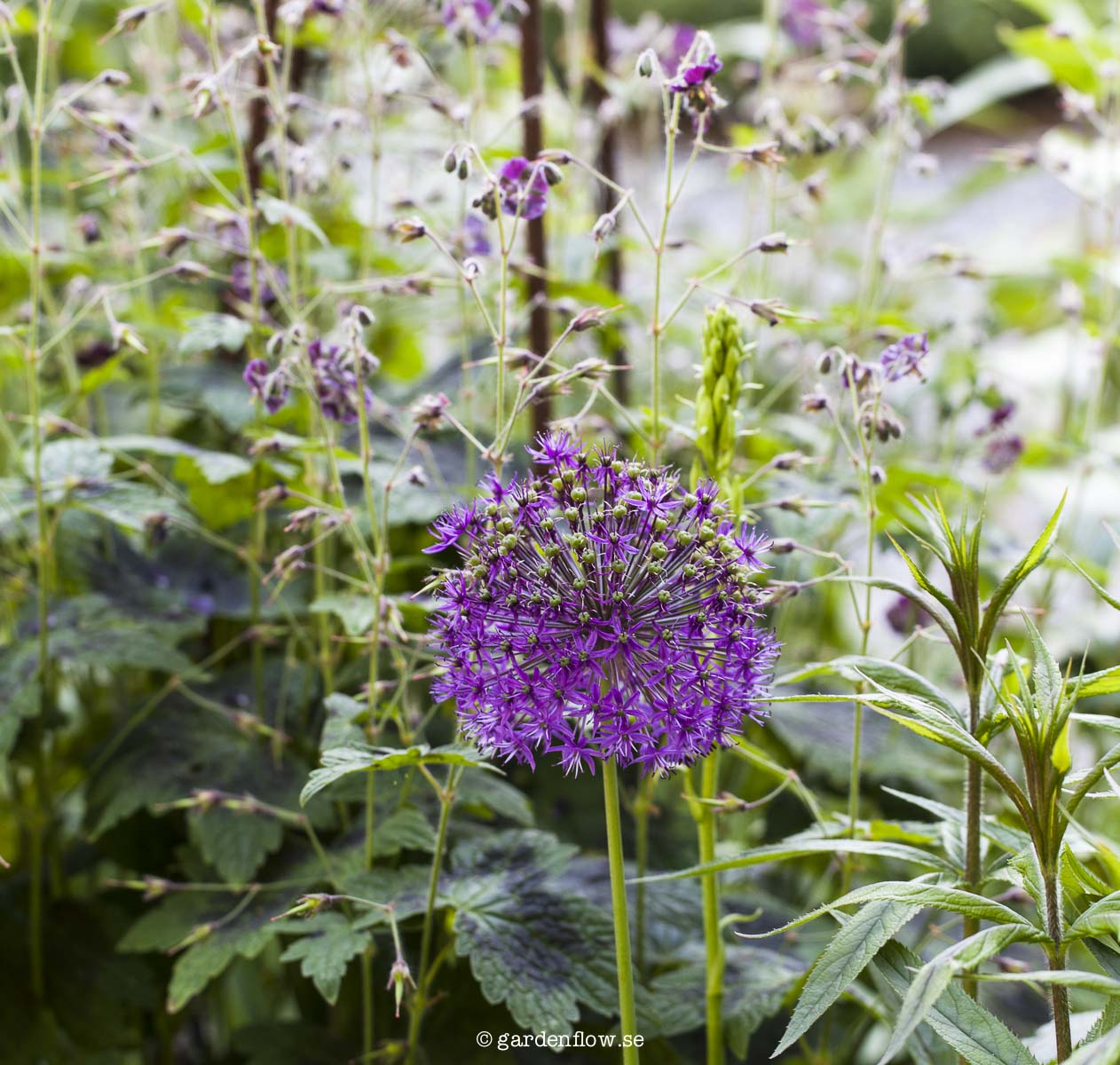 According to Ewa Wirén at SLU* the following perennials are not appreciated by voles and are recommended to use if you are suffering from an infestation. 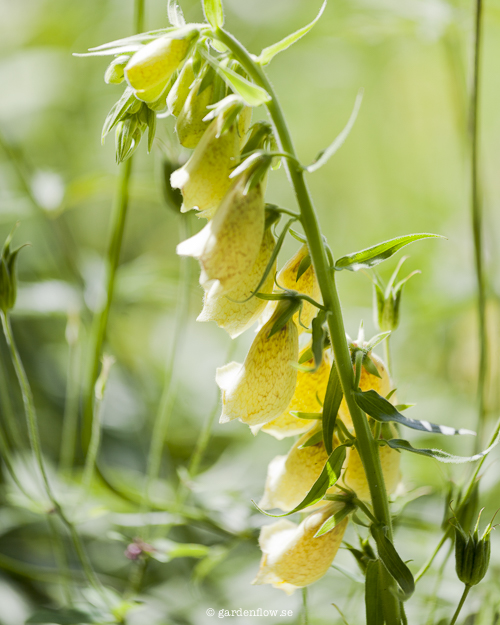 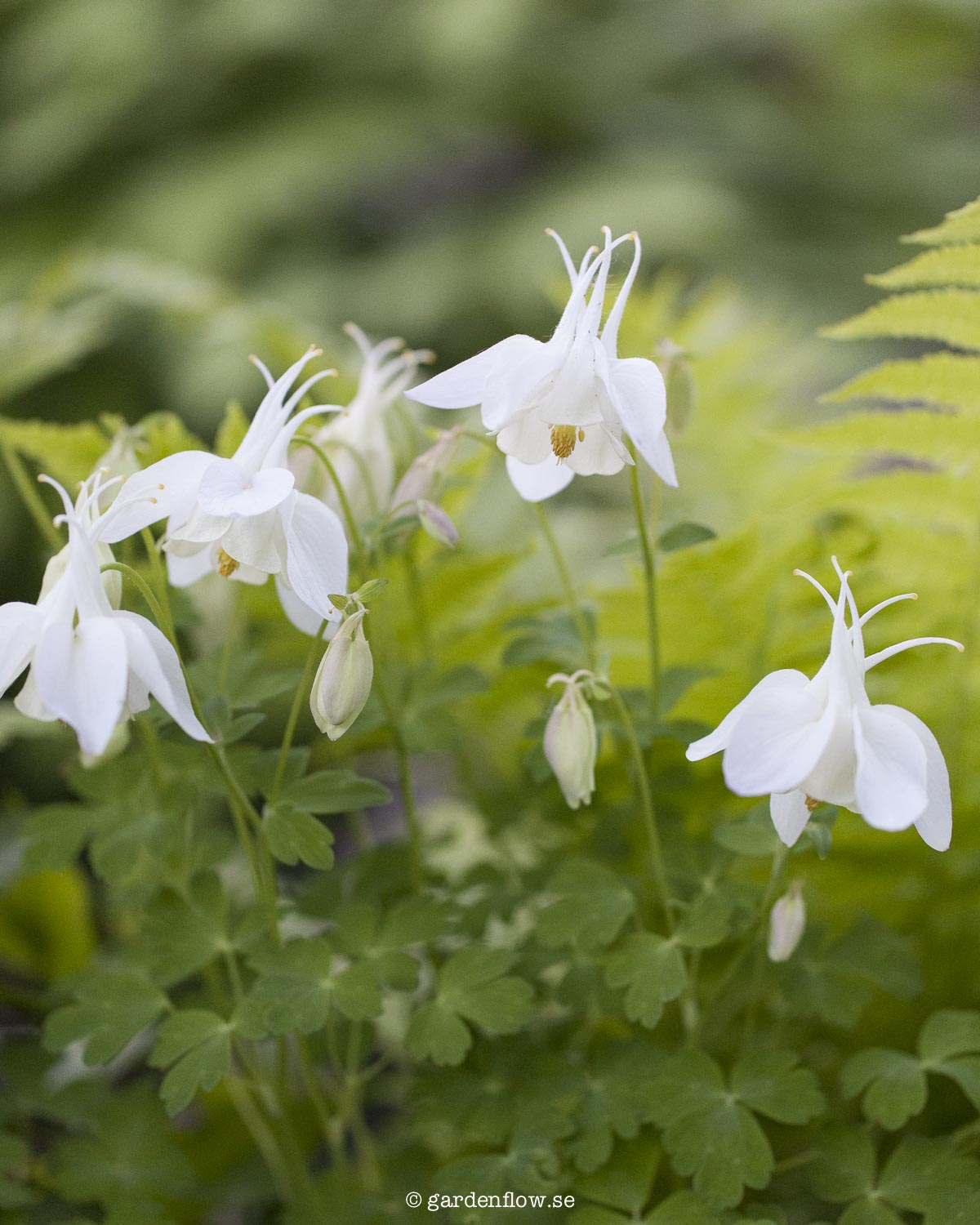 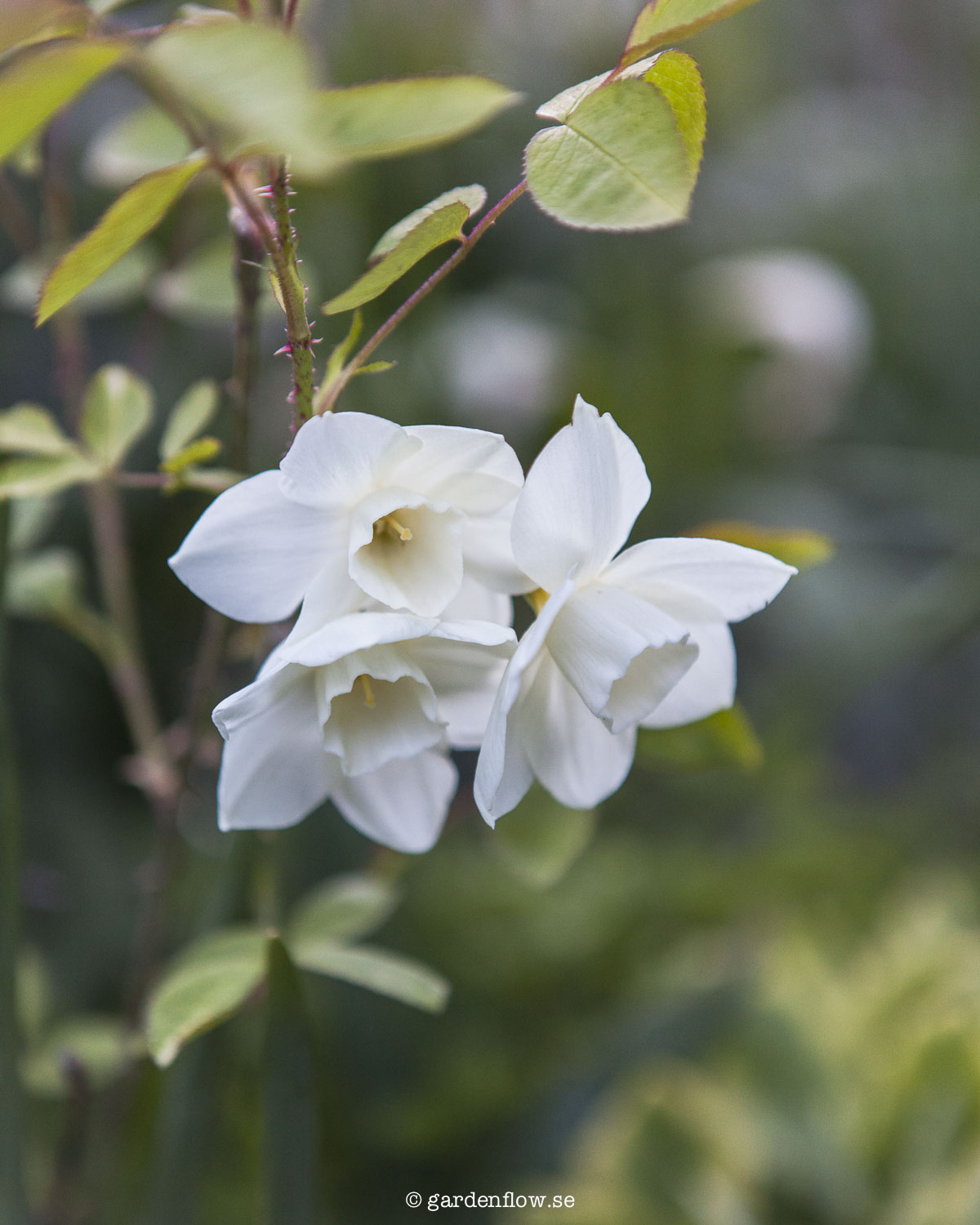 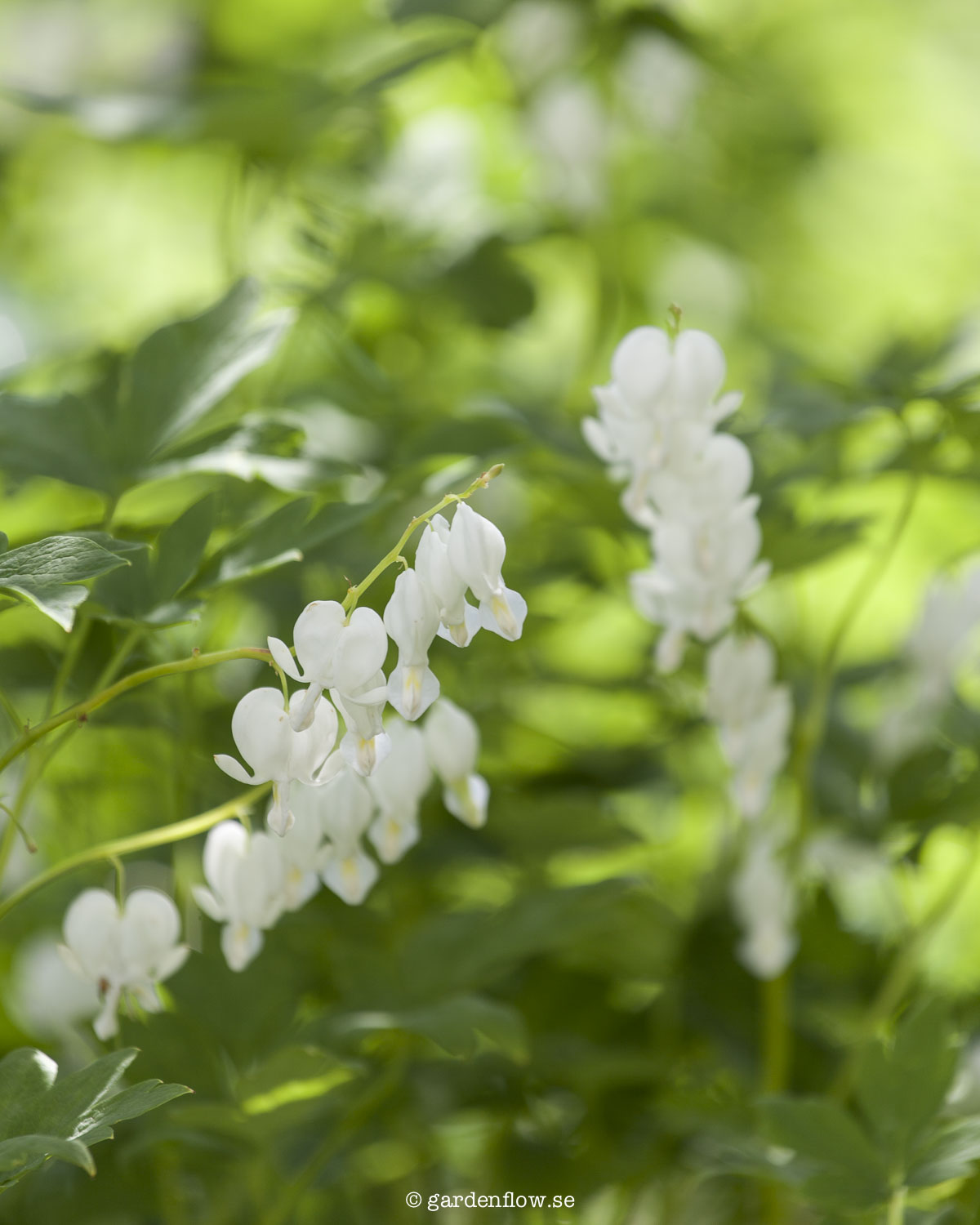 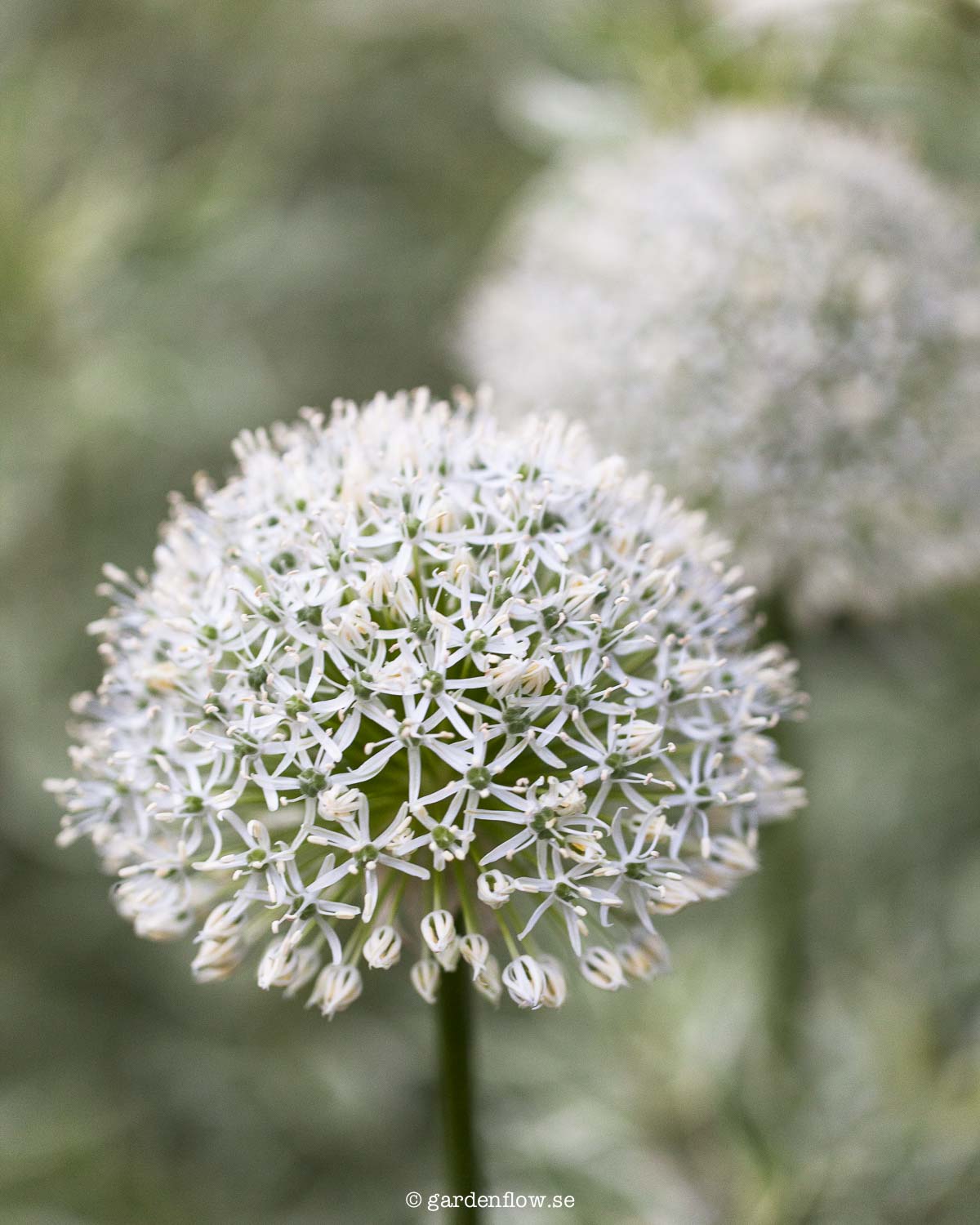 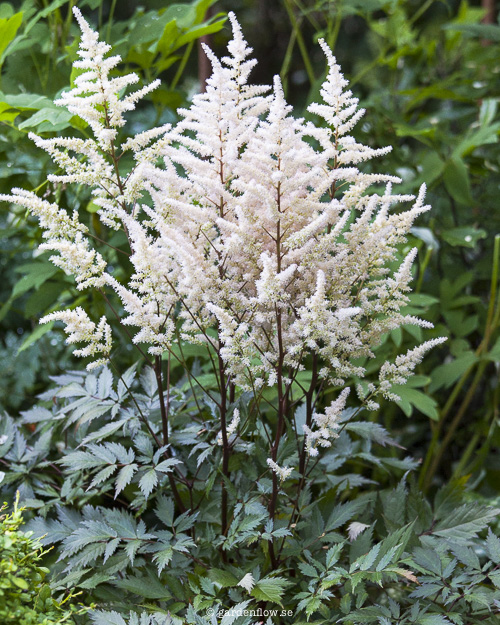 All my Astilbe pulled through.

Other plants that from experience has survived voles

The Dogwood is untouched (I have three in the flowerbed) The Cherry tree (Prunus eminenes ‘Umbraculifera’) stood swaying and had several of its roots eaten. Hopefully it can be rescued. Decided to move it so that there is no chance of the voles eating the remaining roots. Amongst the plants that are counted as survivors is the climbing Hortensia. But obviously not all Hortensias are safe. In the flowerbed are several different varieties  (no climbing hortensia) and the voles managed to eat all or part of the roots on two or three whilst the rest were untouched. I don’t actually know what to do here. Would love to keep the hortensias, but obviously the voles like at least some varieties. I’ll never find out why some got left. Was there something more edible close by maybe? Or is there a difference in the varieties? One that was apparently liked or just handy was ‘Limelight’ 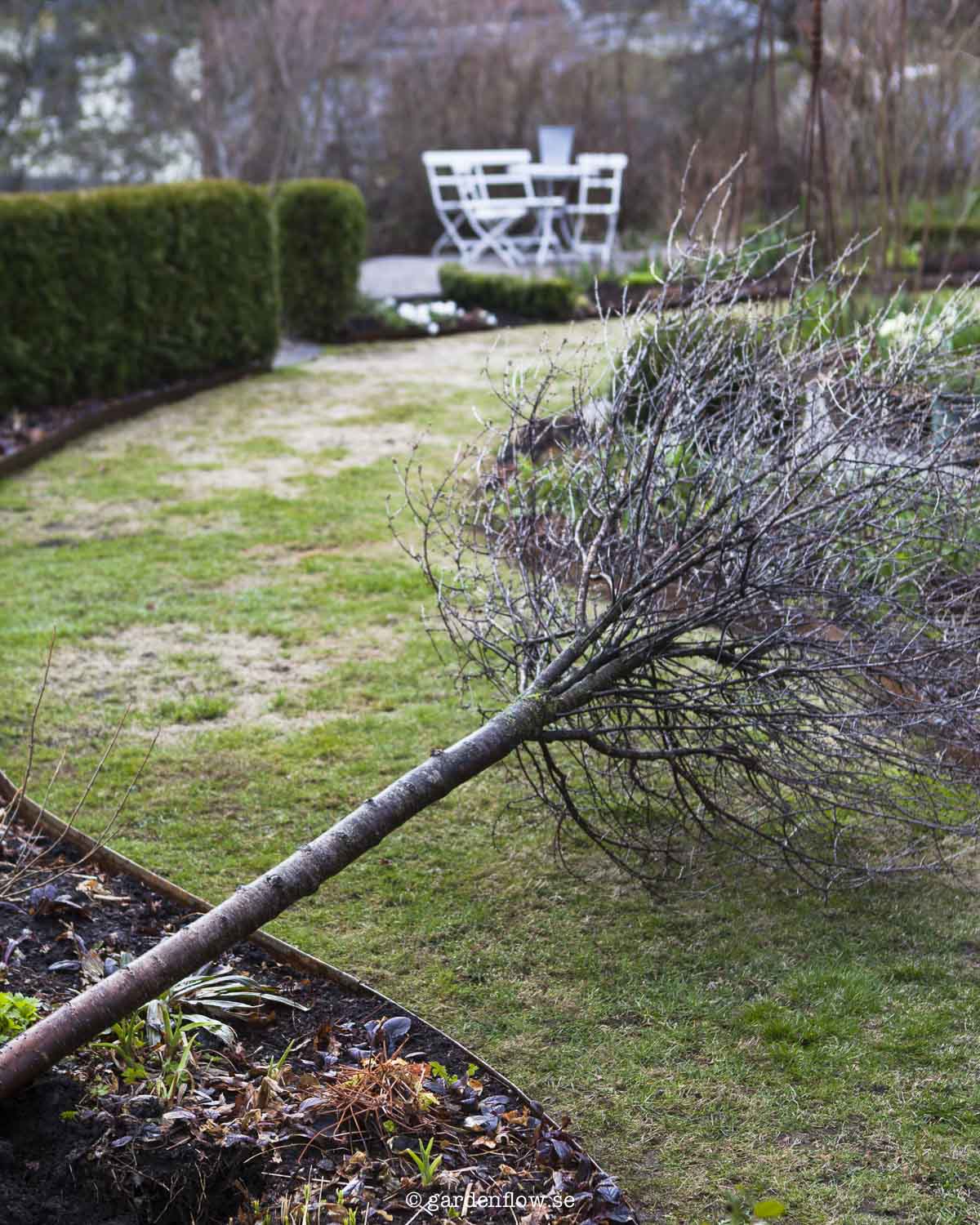 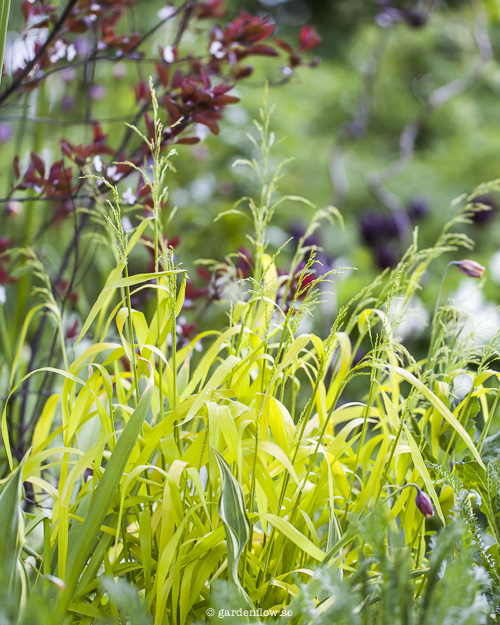 Bowle’s golden grass pulled through in my garden.

Plants that pulled through in my garden. 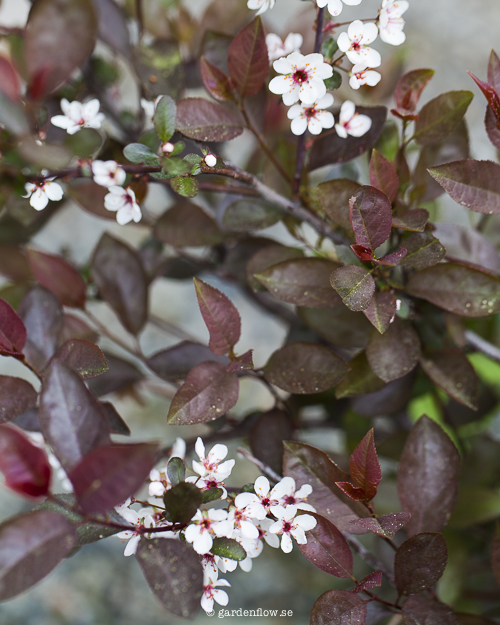 The Purple-leaf sand cherry did not.

Purple-leaf sand cherry.
The cherry tree, Prunus eminens ‘Umbraculifer’ (almost all the roots were eaten)
A couple of hydrangeas.
Willow
Tulips (although quite a few were left as well)
Lilies (three different varieties)
Clematis
Hosta
Most likely more plants as well – there will be an update when the whole flowerbed is dug up.

Well, now there is quite a lot of work needed before it is possible to replant and make an attempt on a flowerbed that will cope with having voles around. When everything is finished and planted I will post about it again and write about my thoughts around it all and what plants I will finally have chosen.  Watch this space!